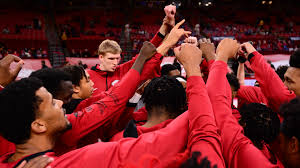 1 of 12Know the symptoms

Some eating disorder symptoms are obvious: dramatic weight loss, a refusal to eat, retreating to the bathroom for long periods after meals. But anorexia, bulimia, and binge eating disorder also reveal themselves in more subtle ways.

How can you tell if a friend or family member is at risk? There’s no surefire way, since people with eating disorders display a wide range of symptoms. (Not to mention personal characteristics: Eating disorders, once associated almost exclusively with adolescent girls, are now recognized more frequently in younger children and adults.) That said, these easy-to-overlook symptoms may help you spot an eating disorder—or disorder in the making—sooner.

Negative or obsessive thoughts about body size, a key factor in all eating disorders, can occur very early on in the disease, says Cynthia Bulik, PhD, an eating disorders specialist at the University of North Carolina–Chapel Hill.

Warning signs of poor body image include negative self-talk (“I’m so fat,” “I have no self-control”) and misinterpreting other people’s remarks. “Comments like, ‘My, you have filled out nicely’ can be received as ‘You look fat,'” Bulik says. This body insecurity, she adds, sometimes emerges—or gets worse—when young girls compare themselves to idealized figures such as Disney princesses and rail-thin actresses.

Over-the-top workout habits—sometimes referred to as “exercise anorexia”—can go hand in hand with disordered eating and appear to be on the rise, Bulik says.

Defining “excessive” exercise can be tricky, however, especially when dealing with athletes or highly active young people. (A 2013 study of high school students found a higher rate of eating disorders among female athletes than non-athletes, 14% versus 3%.)

Here are two red flags: Does the person panic if they miss a day of exercise? And does he or she work out even when injured or sick? “These are pretty good indices that things have gone too far,” Bulik says.

4 of 12Fear of eating in public

Feeling shy or self-conscious about eating in public can be related to body image issues—a person may feel that others are watching and judging, for instance. But it can also be an indication that eating, period, has become nerve-wracking. “Eating can be enormously anxiety-provoking for someone with an eating disorder,” Bulik says. “Doing it in public just compounds the enormity of the task.”

Although not wanting to eat around other people is a hallmark of anorexia, it can occur with all eating disorders. “Even people with binge eating disorder will eat very small amounts when in public, then binge when alone,” Bulik says.

People who have been depriving their bodies of nutrition for extended periods of time often develop soft, downy body hair—almost a thin film of fur—on their arms and other parts of the body. This hair, known as lanugo, is a physical adaptation to the perilously low weight and loss of body fat seen in some people with anorexia.

“It is a symptom of starvation and [an] attempt by the body to keep itself warm,” says Bulik, the author of The Woman in the Mirror: How to Stop Confusing What You Look Like with Who You Are.

6 of 12Cooking elaborate meals for others

Although people with anorexia may refuse food themselves, they are often eager to see others eat, sometimes going so far as to prepare elaborate meals for friends and family. This may be a form of vicarious pleasure, or eating “through” others.

Similar behavior was observed in the famous Minnesota Starving Experiment

Dry skin isn’t the only mark of dehydration in people with eating disorders. Dry mouth, sunken cheeks and eyes, and severe electrolyte imbalances also can occur.

Another skin change that’s a telltale sign of bulimia, specifically, is the appearance of calluses on the knuckles. Know as Russell’s sign (after the psychiatrist who first described it), these lesions are caused by repeatedly scraping the back of the hand against one’s teeth while inducing vomiting.

A result of malnutrition and low body fat, feeling cold is a symptom more often associated with anorexia than with bulimia or binge eating disorder. Frequently complaining about being cold or wearing sweaters and other heavy clothing even in mild weather are common tip-offs in people with eating disorders.

Body fat stores energy and helps the body withstand cold. People with too little body fat can therefore have difficulty maintaining their body temperature, and in some cases may even develop hypothermia.

The puffy cheeks are a result of swollen salivary glands (parotid glands). The swelling can happen at any stage of the illness and depends on the person and how often they purge, Bulik says.

A preoccupation with foods deemed to be “safe” or “healthy” is the hallmark of a condition that has come to be known as orthorexia. Although not an official diagnosis, orthorexia can sometimes be a stepping-stone to full-blown anorexia nervosa, Bulik says.

Compulsive behaviors similar to those seen in obsessive-compulsive disorder (OCD) can also appear with eating disorders. These so-called rituals can take the form of cutting food into tiny morsels, or arranging food in certain patterns. They are mainly associated with anorexia (which often occurs alongside OCD), but they are sometimes an early symptom of binge eating disorder as well.

Rituals are “both a tactic not to eat and also a piece of the obsessionality associated with anorexia nervosa,” Bulik explains. “When eating disorders are starting, people will try to make it look like they are eating by cutting things up and shifting food around on the plate so as not to draw attention to how little they are eating.”

Binge eaters are known to prepare dishes using an odd mixture of ingredients, such as mashed potatoes and Oreo cookies, or potato chips with lemon, pork rinds, Italian dressing, and salt. A recent study found that people who create their own food concoctions are more likely to binge than people who simply overeat.

What Is Muscle Confusion—And Should You Really Keep Changing Up Your Workouts?