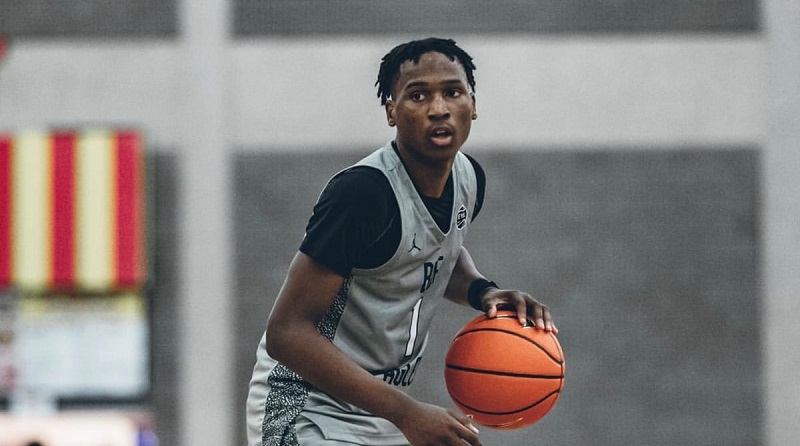 He tells Nick Walters why he became the Hogs’ first pledge of their 2023 class after announcing the Little Rock native’s commitment ceremony.

“It feels like I’m doing something good for all the people who support me out here in Little Rock,” Blocker said. “Everybody loves Arkansas here and to be able to come back out here and commit to them at my old school, it feels good.”

Blocker, a 6’2″ point guard at Sunrise Christian Academy in Wichita, Kan. is currently ranked No. 28 nationally by ESPN and No. 29 29 by 247Sports. The four-star prospect made his commitment public at his former high school, Little Rock Christian Academy, where he played from 6th grade through his sophomore season. Blocker has drawn parallels to recent Razorbacks star JD Notae in the eyes of Arkansas head coach Eric Musselman.

“He tells me that I have very good speed and ability to facilitate,” Blocker said. “He doesn’t compare me to JD but he feels like my game is almost similar to JD Notae’s. When I come on campus I could play that type of role.”