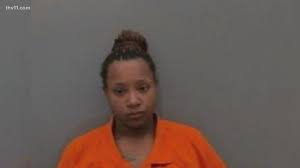 LITTLE ROCK — Two people have been arrested in connection with a Pine Bluff shooting that left one man dead and one injured.

On Friday around 3 p.m., officers responded to gunshots in the area of 16th Avenue and Plum Street.

Police say they found Emmanuel Foster, 34, lying on the ground with apparent gunshot wounds. He was pronounced dead at the scene.

Another man was taken to an area hospital with serious injuries from gunshots.

Deric Smith, 33, and Lemiesha Toney, 23, are being held in the Jefferson County jail for capital murder and first-degree battery with the purpose of causing serious injury with a weapon.

Smith’s photo was not immediately available.

This is the city’s 6th homicide of the year.