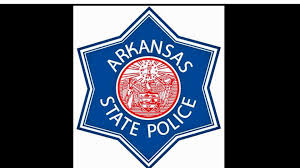 Arkansas – A toddler died Tuesday after apparently being dropped from a moving vehicle on a central Arkansas interstate, Arkansas State Police said.

State troopers responded to a call from a driver who said a child had just been dropped from a moving vehicle on Interstate 30 in Saline County, about 20 miles (32 kilometers) southwest of Little Rock. State police said the child, believed to be about 2 years old, died after troopers arrived and while awaiting emergency medical care to arrive.

Authorities have not released any information about the child or the vehicle that was involved.

Hours earlier, two children in northeast Arkansas were struck and killed by a tractor trailer in an unrelated incident, investigators said.

In northeast Arkansas, 10-year-old Michael Rogers, III and his 3-year-old sister, Princess Josh-Lyn Logan, were killed early Tuesday when the tractor-trailer struck them on U.S. 67 in Jackson County, about 95 miles (150 kilometers) northeast of Little Rock, state police said. The children’s mother was at the scene but was not injured, authorities said.

Authorities were interviewing witnesses in each case and no arrests have been made, state police said.