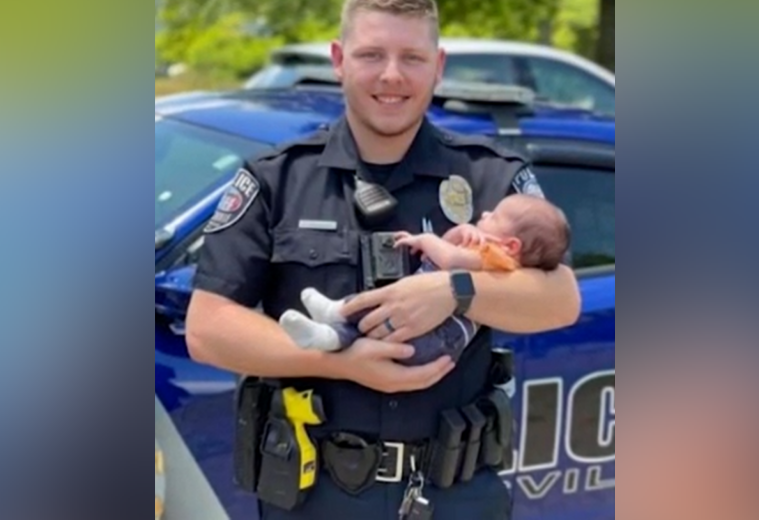 Pottsville, Arkansas – Pottsville police officer ended up to be a hero after he managed to save a 3-week-old baby boy from choking, police say.

As multiple sources reported, officer Cody Hubbard used his training and his dad instinct to save the weeks-old baby from sure after he responded at the scene while he was working traffic control when an urgent call came over his radio from dispatch.

Officer Hubbard said that the dispatch asked for help regarding a choking infant who was not moving.

Since he was close to the location, he decided to rush to the house where he found the infant in his grandmother’s arms.

What the officer did next was caught on camera.

“The whole way that I was heading there, I was saying a prayer, because I didn’t want the worst that was going through my mind to happen,” Officer Hubbard said.

While they were waiting for the EMS crews to arrive, officer Hubbard cleared Grady’s airway and he was able to breathe again.

When EMS arrived, they checked the baby and confirmed that he is doing well.

Officer Hubbard says when he got back in his car, he was holding back tears.

Sunday morning shooting in Pine Bluff results with one person killed, authorities are investigating the case