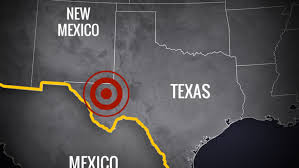 A 5.0 magnitude earthquake rattled West Texas on Thursday morning, the U.S. Geological Survey said. The quake epicenter was about 27 miles west of Mentone, Texas, and was located 3 miles below the surface.

Residents of El Paso, about 175 miles west of the reported epicenter, felt the quake, which was originally rated at 4.7 magnitude. An emergency alert sent by USGS said there were no reports of damage or injuries in the El Paso region.

The U.S. Geological Survey said “earthquakes east of the Rocky Mountains, although less frequent than in the West, are typically felt over a much broader region than earthquakes of similar magnitude in the West.”

US vs Italy coronavirus comparison leaves out important context