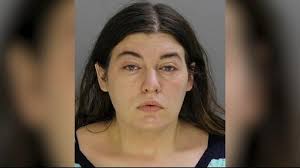 A Pine Bluff woman, Lakeesha Carradine, 38, was arrested Friday after she allegedly shot her girlfriend during an altercation.

During a court hearing Monday, Deputy Prosecutor Beth Carson said police were sent to Jefferson Regional Hospital where the victim told them what happened.

Detective Corey Wilfong also interviewed the victim and she repeated the story she had told the initial officers. The victim was shot twice, once in the left thigh and once in the right foot.

Officers went to Carradine’s house where she was waived her right to an attorney and when asked, took officers to a bedroom where a nine-millimeter handgun was found under a mattress. When she was questioned by Wilfong, Carradine said she and the victim were riding when the victim took the vehicle out of gear.

She said while she was trying to put the vehicle back into gear, the victim bit her, and she had a mark on her right wrist. She said the victim got out of the vehicle and she “lost it” and fired two shots.

Jefferson County District Judge Kim Bridgforth set a $25,000 bond for Carradine after ruling prosecutors have probable cause to charge her with first-degree domestic battery. Carradine said she would hire her own attorney and was ordered to have no contact with the victim until the case is settled.

KKK member sentenced for driving into crowd of protesters