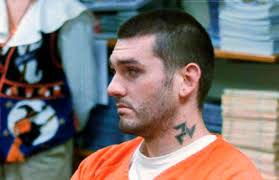 TERRE HAUTE, Ind. (AP) – The federal government on Tuesday carried out its first execution in almost two decades, killing by lethal injection a man convicted of murdering an Arkansas family in a 1990s plot to build a whites-only nation in the Pacific Northwest.

The execution of Daniel Lewis Lee came over the objection of the victims’ relatives and following days of legal delays, reviving the debate over capital punishment during a time of widespread social unrest. And the Trump administration’s determination to proceed with executions added a new chapter to the national conversation about criminal justice reform in the lead-up to the 2020 presidential election.

Just before he died at the federal prison in Terre Haute, Indiana, Lee, professed his innocence.

The government is scheduled to execute two more men this week, including Wesley Ira Purkey on Wednesday for the killing of a Kansas City teenager in 1998. But legal experts say the 68-year-old Purkey, who suffers from dementia, has a greater chance of avoiding that fate because of his mental state.

The decision by the Bureau of Prisons to move forward with executions — the first since 2003 — has drawn scrutiny from civil rights groups and the wider public. Relatives of Lee’s victims sued to try to halt it, citing concerns about the coronavirus pandemic, which has killed more than 135,000 people in the United States and is ravaging prisons nationwide.

Critics argued the government was creating a manufactured urgency for political gain. One of Lee’s lawyers, Ruth Friedman, said it was “beyond shameful that the government, in the end, carried out this execution in haste.”