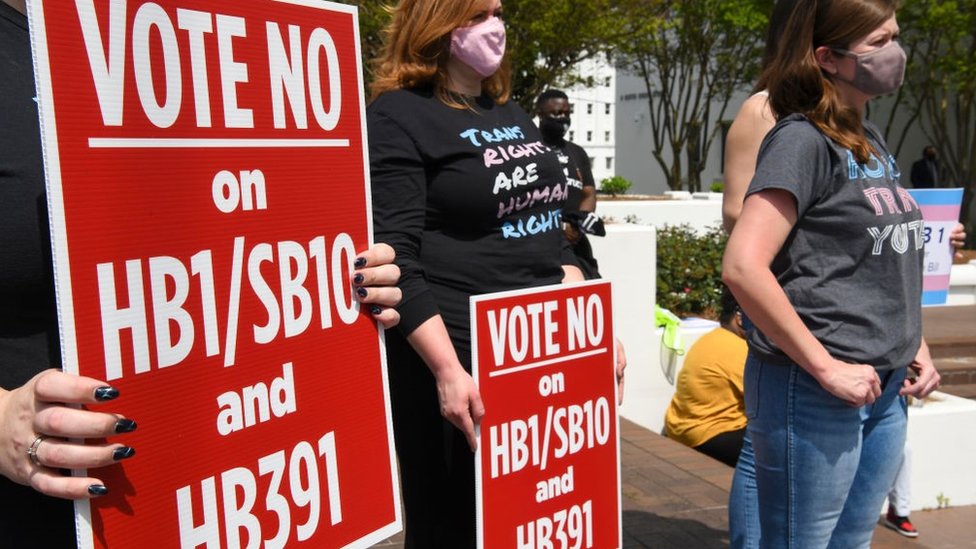 LITTLE ROCK, Ark.  — Arkansas lawmakers on Tuesday made the state the first to ban gender confirming treatments and surgery for transgender youth, enacting the prohibition over the governor’s objections.

The Republican-controlled House and Senate voted to override GOP Gov. Asa Hutchinson’s veto of the measure, which prohibits doctors from providing gender confirming hormone treatment, puberty blockers or surgery to anyone under 18 years old, or from referring them to other providers for the treatment.

Opponents of the measure have vowed to sue to block the ban before it takes effect this summer.

Hutchinson vetoed the bill Monday following pleas from pediatricians, social workers and the parents of transgender youth who said the measure would harm a community already at risk for depression and suicide. The ban was opposed by several medical and child welfare groups, including the American Academy of Pediatrics.

The bill’s sponsor dismissed opposition from medical groups and compared the restriction to other limits the state places on minors, such as prohibiting them from drinking.

“They need to get to be 18 before they make those decisions,” Republican Rep. Robin Lundstrum said.

The Family Council, a conservative group that backed the measure, praised lawmakers for enacting “historic legislation.”

Hutchinson said the measure went too far in interfering with parents and physicians, and noted that it will cut off care for transgender youth already receiving treatment. He said he would have signed the bill if it had focused only on gender confirming surgery, which currently isn’t performed on minors in the state.

“I do hope my veto will cause my Republican colleagues across the country to resist the temptation to put the state in the middle of every decision made by parents and health care professionals,” Hutchinson said in a statement after the vote.

The law will take effect in late July at the earliest. The American Civil Liberties Union said it planned to challenge the measure before then.

“This is a sad day for Arkansas, but this fight is not over — and we’re in it for the long haul,” Holly Dickson, ACLU of Arkansas’ executive director, said in a statement.

The override, which needed only a simple majority, passed easily in both chambers, with House voting 72-25 in favor and the Senate 25-8.

The ban was enacted during a year in which bills targeting transgender people have advanced easily in Arkansas and other states. Hutchinson recently signed legislation banning transgender women and girls from competing on teams consistent with their gender identity, a prohibition that also has been enacted in Tennessee and Mississippi this year.

Hutchinson also recently signed legislation that allows doctors to refuse to treat someone because of moral or religious objections.

And the Legislature isn’t showing signs of letting up. Another bill advanced by a House committee earlier Tuesday would prevent schools from requiring teachers to refer to students by their preferred pronouns or titles.

The Human Rights Campaign, the nation’s largest LGBTQ rights group, said more than 100 bills have been filed in statehouses around the country targeting the transgender community. Similar treatment bans have been proposed in at least 20 states.

The foundation established by the family of Bentonville-based Walmart’s founder on Tuesday raised concerns about the recent measures in Arkansas targeting LGBTQ people.

“This trend is harmful and sends the wrong message to those willing to invest in or visit our state,” Tom Walton with the Walton Family Foundation said in a statement released before the override vote.

One lawmaker opposed to the measure compared it to the anti-integration bills Arkansas’ Legislature passed in 1958 in opposition to the previous year’s desegregation of Little Rock Central High School.

“What I see, this bill, is the most powerful again bullying the most vulnerable people in our state,” Democratic Sen. Clarke Tucker said before the vote.