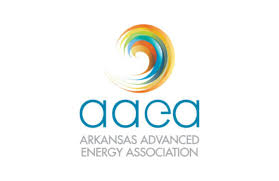 AAEA has become the 19th affiliate of the trade group for the U.S. solar energy industry, according to a news release. These partnerships help to connect regional groups to additional resources and the national effort to promote solar growth in markets across the United States.

“The Southeast is becoming a hotbed for solar development, and we are thrilled to work with the Arkansas Advanced Energy Association to build a more robust market in Arkansas that competes with other states in the region,” said Abigail Ross Hopper, president and CEO of Solar Energy Industries Association. “Partnerships like this one are critical for us to reach our bold goals as an industry, and together we’ll work on policy solutions that move us toward those goals, strengthen the economy and create well-paying jobs for workers in Arkansas.”

Arkansas is ranked 33rd nationally with more than 238 megawatts of installed solar electric generating capacity and is expected to add more than 700 megawatts of new capacity over the next five years, the release shows.

“AAEA is thrilled to join SEIA as a state affiliate,” said AAEA Executive Director Stephanie Osborne. “The benefits of solar energy in Arkansas cannot be understated and opportunities abound across the state. Joining SEIA reaffirms the AAEA’s commitment to supporting advanced energy businesses at the local, state and federal level. We look forward to collaborating with SEIA and seeing what our joint efforts can bring.”

Affiliates of Solar Energy Industries Association include state and regional advocacy nonprofits. These organizations have demonstrated leadership on policy and regulatory matters, engaged with the solar industry in their territories and offered support for SEIA’s federal campaigns.

Founded in 1974, SEIA has a framework for solar to comprise 20% of U.S. electricity generation by 2030. It works with its 1,000 member companies and other partners advocating for policies that create jobs and fair market rules that promote competition and the growth of reliable, low-cost solar power.

Arkansas tax revenue continues to beat projections, up 2% in October