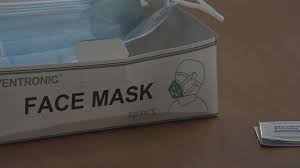 Arkansas – The Arkansas attorney general’s office has asked a judge to dismiss a lawsuit a group of Republican legislators filed challenging the state’s coronavirus restrictions, saying the mandates are valid under a 1973 law on disasters.

Attorney General Leslie Rutledge’s office on Tuesday said the lawsuit, if successful, would nullify two measures and allow the Legislature to “micro-manage” the state’s response to the coronavirus pandemic.

Eighteen lawmakers earlier this month asked a judge to invalidate 43 restrictions the state has issued since the pandemic began March, including a mask mandate and limits on capacity for bars and restaurants. The lawmakers argue the restrictions require legislative approval.

The state said the restrictions are also valid under rules approved by the Legislature last year giving the Health Department authority to act during an emergency. In its filing, the state also said the lawsuit should be dismissed because it doesn’t name Gov. Asa Hutchinson as a party.

Arkansas has had at least 74,772 confirmed virus cases and 1,209 people in the state have died from COVID-19, the illness caused by the virus, since the pandemic began.