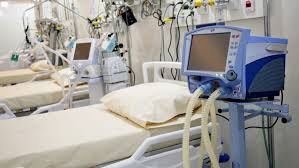 Arkansas – The number of people in Arkansas hospitalized with COVID-19 hit another record high on Wednesday, crossing the 1,000 mark for the first time since the pandemic began.

The state saw an increase of 40 virus hospitalizations to bring the current number to 1,028, Gov. Asa Hutchinson said. That tops Tuesday’s record high of 988 hospitalizations.

Arkansas reported 1,965 new cases and 20 more deaths. One in every 243 people in Arkansas tested positive in the past week, according to researchers at Johns Hopkins University.

“While we express our thanks across the state in smaller groups than normal years, I am more grateful than ever for the dedication of our health care workers,” Hutchinson said in a statement. “The new hospitalizations today adds to the burden, and let’s all go the extra mile to protect each other.”

On Tuesday, the state’s largest school district said it would temporarily switch to virtual learning after the Thanksgiving break because so many teachers were quarantined because of the virus. The 22,000-student Springdale School District said classes will be remote until Dec. 7 because of a shortage of available substitute teachers.

Ex-politician in adoption scheme to be sentenced in 3 states