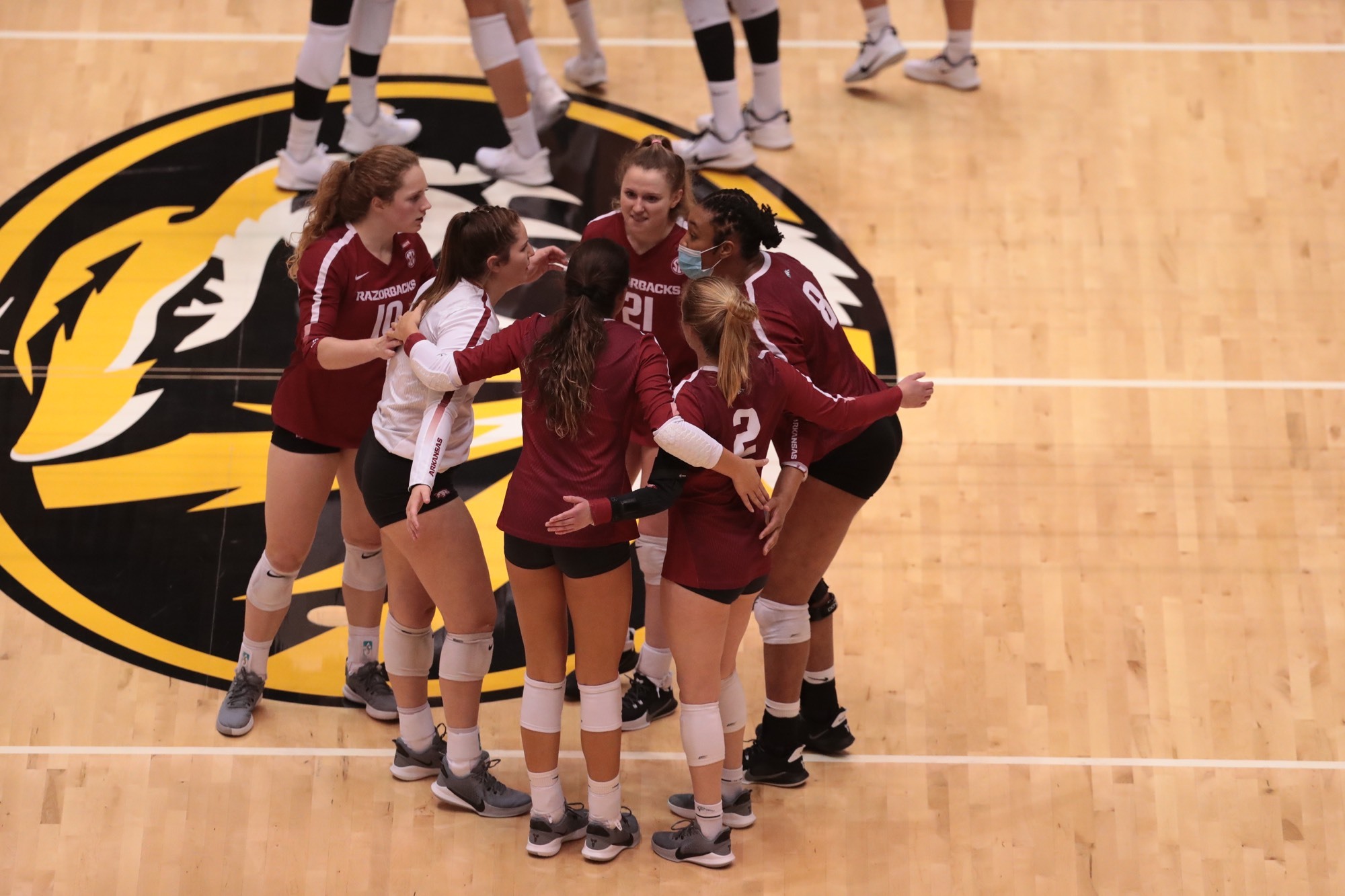 Hear from the Hogs

“We created some chances,” said head volleyball coach Jason Watson. “But we couldn’t capitalize on them late in each set. These are lessons, that we learn from as we strive to upgrade our play. Overall, we played some pretty good volleyball.”

Arkansas took it’s biggest lead of the match in the first set, leading late in the opener 21-14 after back-to-back attack error by Missouri. The Hogs and Tigers opened the match neck-and-neck, trading leads until Arkansas used an 11-3 to give them the big lead. The Razorbacks continued to fend off Mizzou, but the Tigers posted two three-point scoring runs late in the set to take the lead and the set, 28-26.

After dropping the second set, 25-19, Arkansas found themselves in familiar territory after trailing Missouri by two sets last night in the series opener. The Razorbacks and Mizzou saw a very similar set to the first, trading points and possessions. Each team set off a 5-1 scoring run, leaving the teams tied at 12 points apiece before Missouri began to pull ahead again. Arkansas fought back and with back-to-back aces from junior Gracie Ryan, the Razorbacks had tied it up at 22-22. The Arkansas attack rattled off kills from Hailey Dirrigl, Taylor Head and Liz Pamphile but the No.9 Mizzou Tigers closed it out in three, 29-27.

Arkansas returns to Fayetteville for its final series of its SEC-only fall slate. The Razorbacks welcome the No. 7 Texas A&G Aggies to Barnhill on Saturday (Nov. 13) and Sunday (Nov. 14).

Visit ArkansasRazorbacks.com for the latest information on all things Arkansas Volleyball. You can also find the Hogs on social media by liking us on Facebook (Arkansas Razorback Volleyball) and following us on Twitter and Instagram (@RazorbackVB).