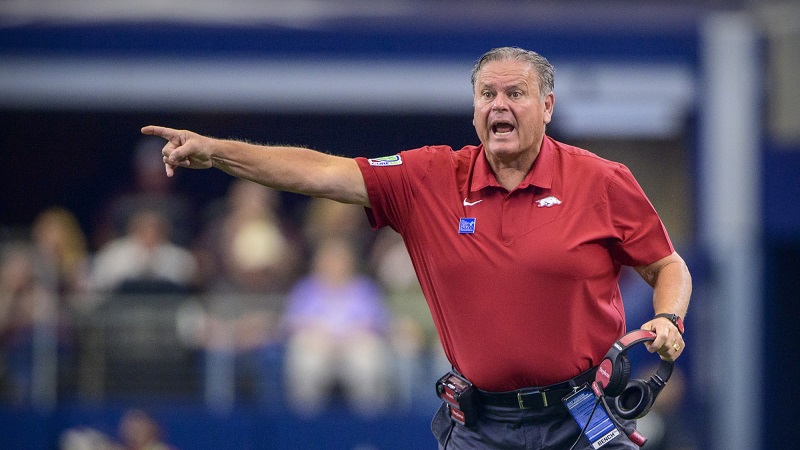 Fayetteville, Arkansas – According to officials with the University of Arkansas athletics program, head football coach Sam Pittman has signed a new five-year contract with the school that boosts his pay to a base of $5 million per year.

On January 1 of 2022, the deal retroactively started back, running through 2026. It would automatically be extended to 2022 if Pittman coaches a team to a seven-win season during the five years.

“Arkansas is where I want to be, this is my dream job,” Pittman said in a release. “I am so grateful for our University and Hunter for believing in me, our coaches and staff, and the program we’re building.”

The Razorbacks have seen solid success under Pittman.

The team ended the season ranked 21 in the AP rankings and 20 in the Coach’s Poll.

“Coach Pittman and his staff have done a tremendous job quickly restoring the pride and belief in our football program,” Vice-Chancellor and Director of Athletics Hunter Yurachek said. “There is no doubt, Coach Pittman has proven to be the right man to lead our football team.”