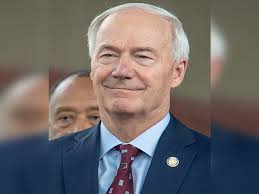 Arkansas Gov. Asa Hutchinson on Sunday defended his decision not to issue a statewide stay-at-home order amid the coronavirus pandemic, saying that his “targeted approach” has proven to be effective.

“If we need to do more, we will do more,” the Republican governor told CNN’s Jake Tapper on “State of the Union.” “So that’s always an option on the table if we have to shelter in place. But right now, what we’re doing proves to be successful, this targeted approach.”
Arkansas is one of a handful of GOP-led states that has not issued stay-at-home orders for its residents, which the majority of US states have implemented to slow the spread of coronavirus.
Hutchinson said he does not believe Arkansas needs to issue a statewide order because of its low density in population. He pointed to his actions in declaring a public emergency when Arkansas had its first confirmed case of coronavirus, closing the state’s schools and increasing testing.
“We have masks and social distancing and the people of Arkansas have embraced that. That gives you success,” Hutchinson said, adding later, “We want to take the long-term approach to this and you’re not going to win simply by a lockdown.”
Asked if other states have made a mistake in issuing stay-at-home orders, Hutchinson replied, “Not at all. It just reflects the flexibility a state needs. I applaud New Jersey and New York. They’ve had to really lock down.”
close dialog
As of Sunday morning, the state currently has more than 1,200 cases and at least 25 deaths, according to a tally by Johns Hopkins University.
With only 80 hospitalizations among 8,000 available hospital beds, Hutchinson told CNN that the state is “beating that trend line” of projected Covid-19 deaths, and “at least flat,” if not at the peak of cases.
“There’s a lot of hope and optimism this Easter that our tough time is behind and we’re going to be getting better,” the governor said.
An influential model from the Institute for Health Metrics and Evaluation at the University of Washington School of Medicine has been tracking the coronavirus pandemic in the United States. The IHME model now predicts that the peak in daily deaths in Arkansas will be at the end of April.
More than 97% of the US population is under a stay-at-home or shelter-in-place orders, according to a CNN count. Along with Arkansas, six other states that do not have a statewide stay-at-home order are Iowa, North Dakota, Nebraska, South Dakota, Utah and Wyoming. All states have made strong recommendations to practice social distancing and at least half have some degree of restrictive measures in place, often because mayors or county officials made local decisions.
President Donald Trump has said he does not believe a nationwide order is necessary, preferring to leave the decision to the governors.
“So we talked about quarantine…it just was something that was very unwieldy, very tough to enforce, and something we didn’t want to do,” Trump said in March.
Related Topics:
Up Next

When will coronavirus peak in Arkansas?