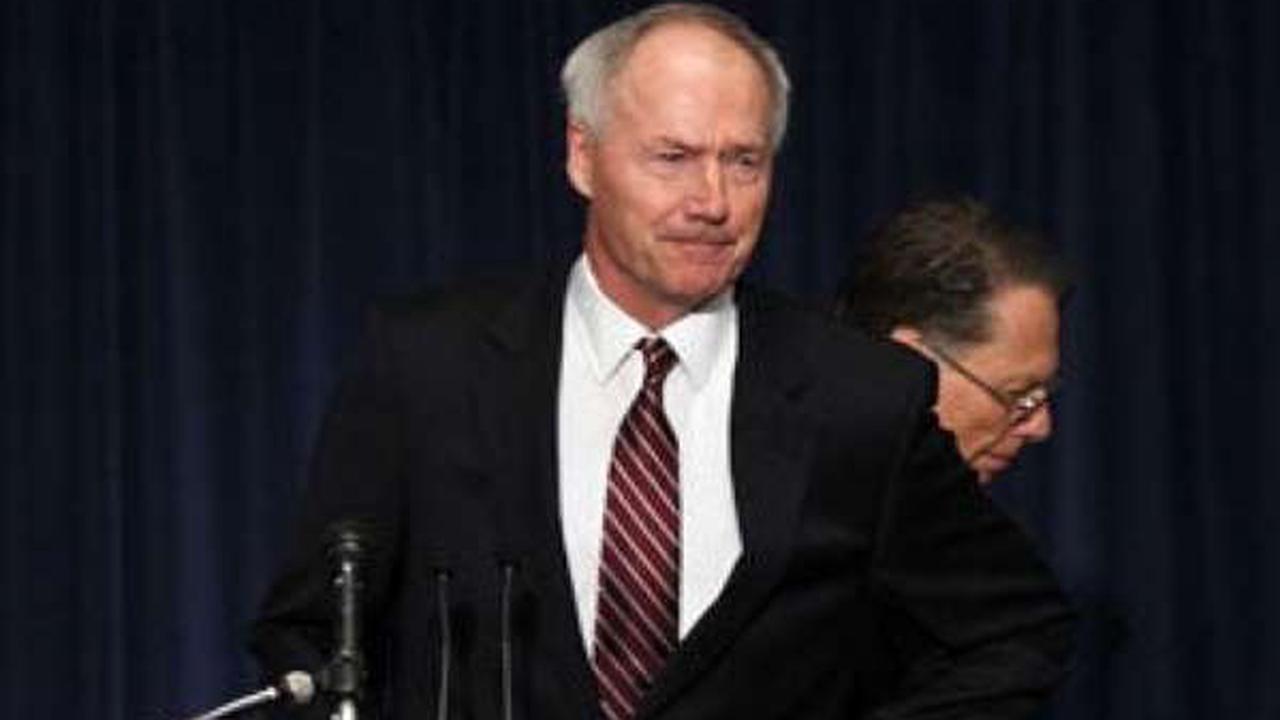 Arkansas Governor Asa Hutchinson has not yet felt compelled to call in the National Guard to protect the state capitol in Little Rock, despite federal warnings of mass, possibly violent protests nationwide.

The governor has been monitoring intelligence reports, he told “Fox News Sunday” host Chris Wallace in an interview on Sunday, and the level of threats in his state has not lent itself to the kinds of actions other states are taking to protect their legislatures.

Mr Hutchinson’s comments reflect how the types of Donald Trump loyalists who laid siege to the Capitol building in Washington on 6 January are not blindly targeting every state and local government, especially those that have been sympathetic to the outgoing president’s politics.
Still, the Arkansas governor would not hesitate to call in the state’s National Guard if he eventually needs to.

“You want to be overprepared versus underprepared because you never want to see a repeat of what we saw on January 6 in our nation’s capital,” Mr Hutchinson told Mr Wallace.

But, in Arkansas, “it’s not to the level that I’m bringing out the National Guard”.

The governor has said “civilian law enforcement” – that is, local police and sheriff departments – are securing the capital city of Little Rock.

“We’ll have response teams there. We’ll have beefed-up presence at the capitol for Tuesday,” Mr Hutchinson said.

“We don’t have any specific intelligence that there’s going to be violence associated with those rallies but we want to be extra cautious,” he said. “Every state has to look at their own intelligence matrix and make those kind of judgments.”

Mr Hutchinson’s approach to security in his own state was not intended to diminish the flood of security threats in other states, especially those with Democratic-dominated governments. Shortly following his comments, it was reported that small groups of armed protesters had gathered at state capitols in Texas, Ohio and Michigan.

“There is a historic threat from militia groups,” Mr Hutchinson said, pointing to loose organisations of neo-Nazis  and white supremacists who have stirred up tensions all across the country in recent years, perhaps culminating in the 6 January attack on the federal legislature.

More than 300 pro-Trump radicals who stormed the Capitol have have been identified by federal law enforcement. Many of them have been arrested and indicted.

COVID-19 in Arkansas: More than 3,100 new cases, 55 deaths as vaccine distribution hovers around 50%

Arkansas man accused of beating officer with US flagpole