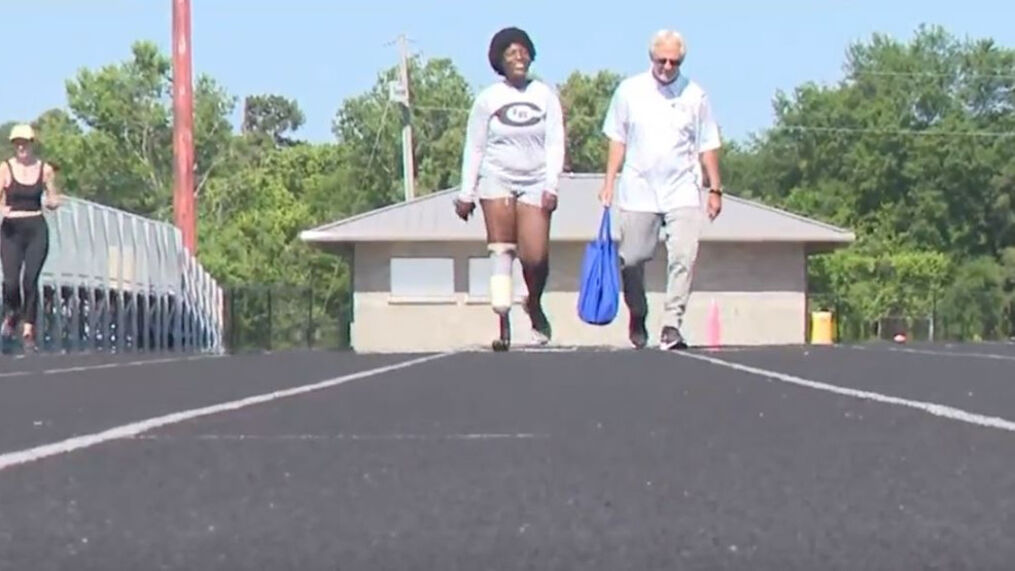 After a track meet in ninth grade, she found out she had a tumor in her leg.

“Normally, a sports injury would go down and subside,” said Wells, a junior at Little Rock Central High School. “We noticed it was abnormal. It was hard as a rock. It wasn’t mushy.”

The tumor was later diagnosed by doctors as osteosarcoma.

“It’s a bone cancer. It’s actually more common than people might think. Usually you would have to get a bone replacement, but I had to get an amputation because of it,” said Wells.

But Wells didn’t let her loss of a limb keep her down. By 11th grade, she was back on the track, training with her teammates.

“I started looking at the Paralympics, and Hunter Woodall up in Fayetteville, and saw that he was able to continue running despite amputation. So I started looking at cool designs I could have on my prosthetic and stuff. So that’s how I started. I tried to find the light in this situation,” said Wells.

Her coach, Larry Siegel, said she took her situation and ran with it.

“After she ran the first race a couple of weeks ago, she was crying,” said Siegel. “She ran 100 meters. I thought she was hurting. I put my arm around her and said, ‘Are you OK?’. She said yeah and tears were streaming down her face and she said I never thought I would be able to do this again.”

Siegel said Abigail is an inspiration to everyone, proving that with hard work and dedication, anything is possible.

Mickelson changes his mind, accepts exemption to US Open