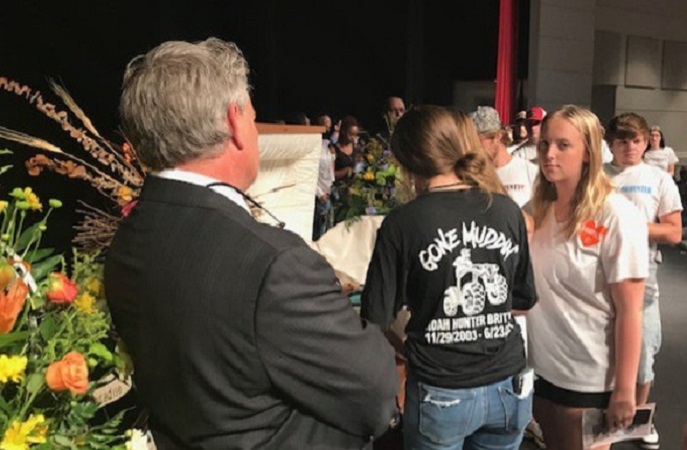 Conway, Arkansas – Arkansas attorneys ask for police reform after the funeral of Arkansas teen who was fatally shot by police officer.

The 17-year-old Hunter Brittain was fatally shot by Lonoke County sheriff’s officer Sgt. Michael Davis. Officer Davis was fired last week after failing to comply with department policy after he didn’t turn his body camera on during the shooting, something which he was obligated to.

“We have to make sure that it’s not swept under the rug and we have to help give a voice to them just like we gave a voice to George Floyd’s family,” Crump said.

Jacob added that he has been working as a police officer in the past and he knows exactly what should be changed. According to him, police policies now lack professionalism, transparency and accountability, things that should be set a national standard.

“Policing in America is sick,” he said. That’s a fact …The illness shows itself with different symptoms and sometimes that symptom is racism, but other times the symptom that we need to treat is when a deputy is fired for not turning on his body camera instead of fired for shooting an unarmed 17-year-old.”

Civil rights activist Rev. Al Sharpton said he works in every case no matter the color of the victim.

However, some criticized the activist for just showing off and gaining publicity.

“If I am going to be [here] to get publicity, I want the whole world to know the name Hunter Brittain,” Sharpton said.

Attorneys used this occasion to once again say how the George Floyd Justice in Policing Act of 2020 is needed.