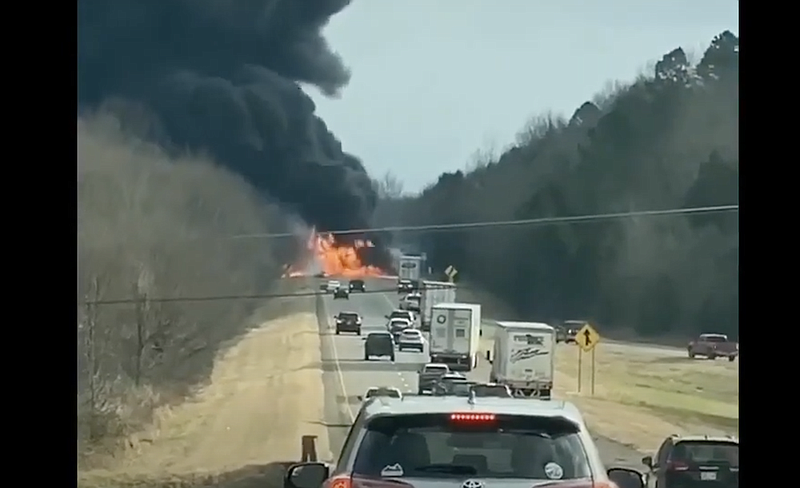 Arkansas – A Franklin County man was arrested on Wednesday in connection to a fatal tanker truck crash.

A fully-loaded diesel fuel tanker truck rolled over and caught fire on I-40 in Ozark Wednesday morning, leaving one person dead. During an investigation into the crash, Arkansas State Police said they arrested 43-year-old Douglas Darr, of Ozark.

Around 10 a.m. Wednesday, an unknown vehicle entered I-40 and pulled out in front of the tanker. The tanker truck swerved to avoid hitting the vehicle and ran off the roadway and into a ditch then caught on fire, according to a fatal crash report.

The driver of the tanker truck was killed in the wreck. Police identified him as James A. Rotenbury, age 59, of Russellville.