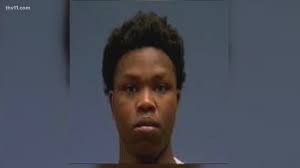 Pine Bluff, Arkansas – A Pine Bluff man has been arrested on suspicion of capital murder and attempted capital murder in connection with a September shooting that happened on a central Arkansas interstate, authorities said.

Anthony Madison, 20, was being held without bond in the Saline County jail after his arrest during the weekend, Arkansas State Police said Monday. Court records do not list an attorney who could speak on his behalf.

Madison was arrested in connection with the Sept. 3 shooting that killed 19-year-old Devonta Miller of Little Rock, state police said.

Miller was riding in the passenger seat of a car on Interstate 530 between Little Rock and Pine Bluff when he was struck by gunfire. Three other people in the vehicle were injured.