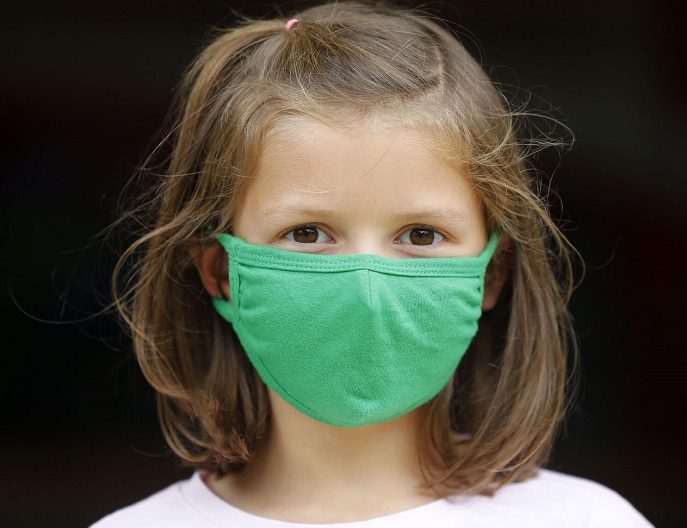 It has been more than a week since majority of schools started the new fall school year and we can now make a short-term parallel of how the things with the Covid-19 have been going so far among students and teachers.

The latest data provided by the Arkansas Department of Health is not good for those seeking mask mandates. According to their latest reports, Bentonville School District, Rogers School District and Fort Smith School have the most Covid-19 cases recorded so far reporting 88, 74 and 70 cases respectively. All three of them have already implemented the mask mandate in schools.

The mask mandate in schools has really been a thing in the last couple of weeks in Arkansas. Parents, school district were arguing with the state officials over the law banning mask mandates in schools until judge decided to temporary block that law.

Following the recent events, some of the school districts decided to implement the mask mandate in their districts, like the Pulaski County School District that was among the first to do it. However, some school districts like Benton Public Schools decided to leave wearing mask policy optional for students and staff.

Dr. Charles McNulty, PCSSD superintendent, in an announcement said they are happy bringing back the mask mandate in place and the start of the school year was smooth. He added that parents are not allowed to walk their children to the classroom, something that was not an option last year.

Pulaski County School District decided to additionally implement the other, well-known Covid-19 measures like social distancing and vigorous sanitation. Masks are provided in the schools every day for those that don’t have it with them. The latest measures were approved by the district just a day prior to the start of the school year.

“We’re hoping that with the Arkansas Department of Health, and certainly the governor’s initiative that, we’re ready to get the Delta variant under control and normalize our school experience, but we’ve had no issues,” McNulty said.

McNulty said he understands why some parents were against the mask policy, but the district felt it was the best approach to keep schools open.

“We’re also, you know, allowing no mask outside, we’re trying to get outside to get some air, even though it’s really hot today.”

Unlike PCCSD, Benton School District decided to stick to their optional mask policy for students, teachers and staff. They started the new school year without mask mandate, the same way they ended the last school year.

“Of course, it’s not the year that we anticipated, we’re still going through the proper COVID protocols,” Bradley said. “It’s a little different than what you call a typical school year, but I think the excitement was still there, despite what’s going on around us.”

According to her, some students are wearing, while some others are not. She added that she encourages everyone involved in the teaching process to follow the known Covid-19 measures like social distancing and regular hand washing.

“No matter what decision you’re going to make, you’re going to have people on both sides,” she said. “At the end of the day, we want to reassure parents and our community that we are doing everything we can to make sure that our staff and students, they’re safe and healthy.”

Out of 12.718 students and staff in Pulaski County, only 23 people tested positive since the start of the school year.

“We don’t want anyone sick, but we are in the midst of, I think, a serious medical situation and health situation, and, and we feel pretty good that we’re taking all the controls and keeping the numbers down,” McNulty said.

Meanwhile, Benton SD has recorded a total of 18 positive cases out of 6,194 students and staff.

“We know that’s the best for our students, so in order to do that, we are taking on all measures,” Bradley said. “Any information we get from our head nurse from, our health coordinator, we take that straight to the Department of Health and the Department of Education and we make changes accordingly.”

According to the latest data provided by the Pulaski County SD, most of the positive cases are coming from community transmission and not the schools. Some of the schools in both of the districts are already offering vaccines in their schools where vaccination sites clinics were put in place.

The situation will be monitored by the health experts in the upcoming period.