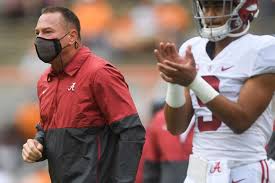 The Arkansas State job is open, after head coach Blake Anderson stepped down Thursday. He has been named head coach at Utah State.

“We appreciate Coach Anderson’s contributions to our program,” athletic director Terry Mohajir said in a statement. “He is the only head coach in our FBS history to win two conference championships, and he played for a third while also leading us to six bowl games. We wish him the best moving forward.”

Along with winning, Anderson brought stability to the program. Arkansas State had gone through four different head coaches from 2010-13, and Anderson was the fifth in five.

After years of floundering, Arkansas State’s program found consistent success in the 2010s, as Anderson leaves with a record of 51-37. The next coach will need to continue that in the 2020s.

So how good is the Arkansas State job? What names could get in the mix? Here are some factors to keep in…