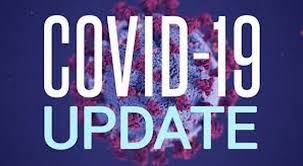 Arkansas – Arkansas on Tuesday surpassed 1,000 total deaths from the illness caused by the coronavirus, including more than 100 newly-counted fatalities from probable cases over the past several weeks.

The state reported 17 new deaths among confirmed coronavirus cases. The Health Department said it was also adding another 139 deaths from people who tested positive through antigen testing or had COVID-19 listed as a cause of death but did not have lab results confirming it.

The latest figures bring Arkansas’ total COVID-19 deaths since the pandemic began in March to 1,149. It’s not clear how far back the probable deaths went, but health officials said they didn’t represent a new increase in COVID-19 fatalities.

“We’re concerned about every death, but I don’t see that (virus deaths are) accelerating,” Gov. Asa Hutchinson said. “It’s just simply that we are really accounting for deaths that have come in previously.”

The Department of Health reported 676 new confirmed cases on Tuesday, bringing its total since the virus began to 70,125. The state also reported 188 new probable cases detected through antigen testing.

The actual number of cases in Arkansas is likely higher because many people have not been tested, and studies suggest people can be infected and not feel sick.

For most people, the new coronavirus causes mild or moderate symptoms, such as fever and a cough that clear up in two to three weeks. For some, especially older adults and people with existing health problems, it can cause more severe illness, including pneumonia, and death.

The highest number of cases reported came from Washington County, where the University of Arkansas’ main campus in Fayetteville is located. The outbreak has prompted the school to restrict some on-campus activities and off-campus parties.

Dr. Jose Romero, the state’s health secretary, said he viewed a drop in active cases at the campus reported by the state as a sign of progress.

The number of people hospitalized because of COVID-19 increased by 11 to 389.

Hutchinson also announced that the Health Department had received 12,000 antigen tests, a two-month supply that will be used around the state.

The biggest highway project in Arkansas history has officially begun