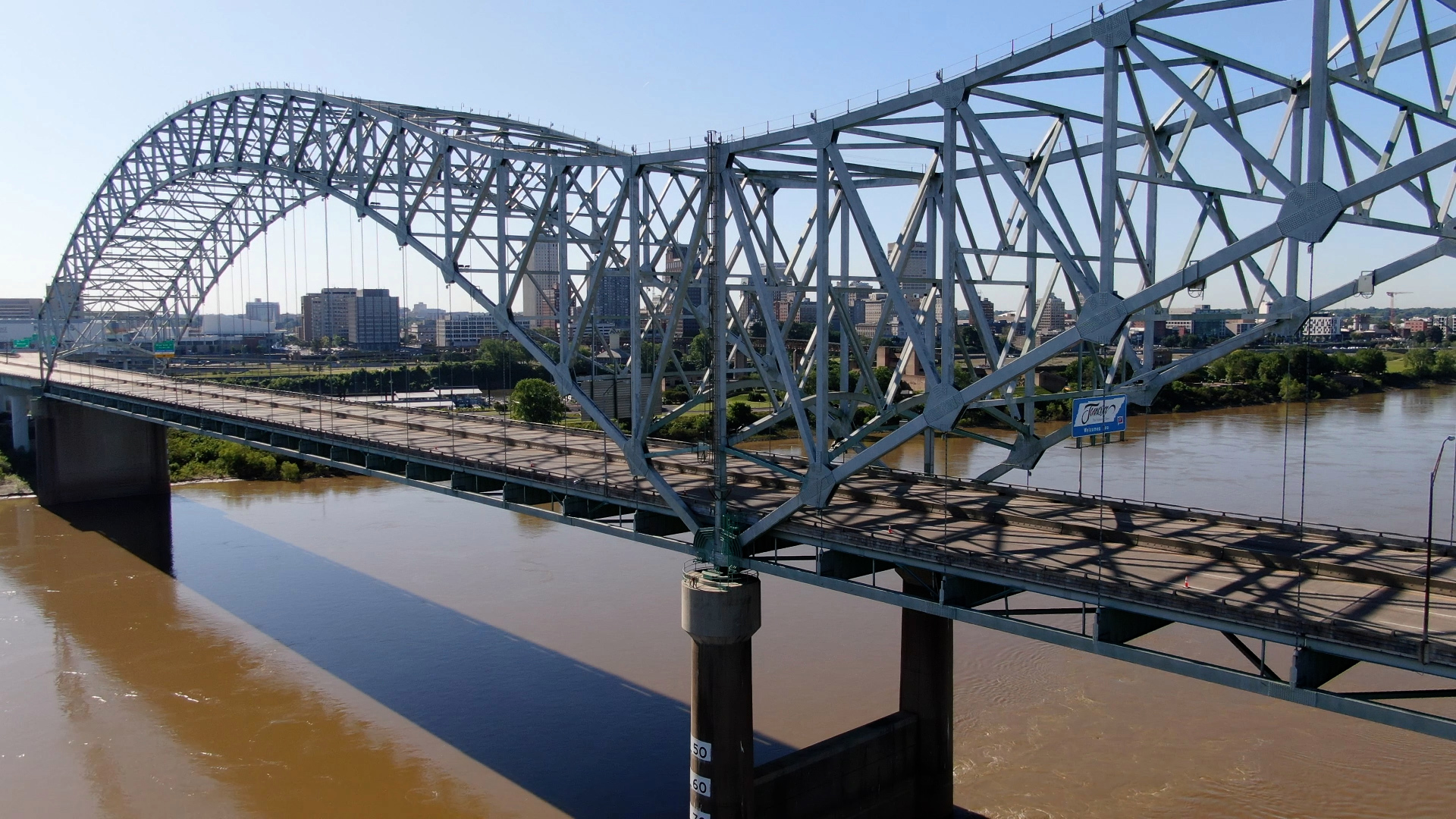 Arkansas Governor Asa Hutchinson, Tennessee Governor Bill Lee and Tennessee Department of Transportation Commissioner Clay Bright gave an update on the closure Tuesday of the Interstate 40 bridge that connects the two states, with Bright saying the repair “could be several months easily.”

Bright said there are three goals for the Hernando de Soto Bridge, the first being opening the Mississippi River for barge traffic underneath the bridge. This was done Friday, and Bright said that by Saturday, 800 barges had gone through.

The second goal is to open the bridge for vehicle traffic, while the final goal is to complete the inspection on the bridge, looking for any long-term problems due to the failure.

According to Bright, Kiewit Corporation, the contractor selected to repair the bridge, will arrive Wednesday and will start to put up platforms to work on while fixing the bridge.

Crews are working on plates that are 35 feet long to go along the fracture. Bright said they are working on the final design and hopefully will be done by the end of the week.

The Arkansas Department of Transportation announced Monday an employee responsible for the inspections on the bridge was fired. ARDOT officials said the employee did not follow protocol.

The officials said TDOT started looking at the nearby Interstate 55 bridge to ensure it is also safe, which was requested by Arkansas Department of Transportation Director Lorie Tudor.

ARDOT had already inspected the bridge, but they wanted a second look to ensure safety. Officials say they are using two drone teams for the inspection.

Governor Hutchinson said Tudor took quick action and didn’t make excuses, adding that the ARDOT director looked at the processes to make sure there were checks and balances.

“She’s been very transparent in this, and I applaud her for that,” Hutchinson said of Tudor. “I think she handled it perfectly well.”

Bright said crews have been working around the clock since last Tuesday. Both Tennessee and Arkansas officials said safety is the primary concern.

“We will work to repair this in the shortest time possible,” Lee noted, while also stating that the safety of workers or citizens would not be compromised.

Hutchinson said it’s important to quickly and safely fix the bridge, calling the structure, “a critical, critical link for Arkansas.” He also said he was not sure how many bridges inspected by the former ARDOT employee who was fired in connection to the damage on the I-40 bridge would need to be reinspected.

Officials say they are not sure how long the repairs to the I-40 bridge will take.

During the news conference, Lee spoke about infrastructure and federal efforts, telling reporters, “what we need is federal funding focused on roads and bridges.”

The Tennessee governor had released a statement before the news conference, saying in part “While Congress ponders the definition of infrastructure, we call upon the federal government to prioritize the safety of actual roads and bridges.”

Hutchinson also said an investment of infrastructure was needed.

The three officials shared their thanks to their local, state and federal lawmakers for their support.

You can watch the news conference in the video player above.

ARDOT studying project that would connect 2 bypasses in northwest Arkansas