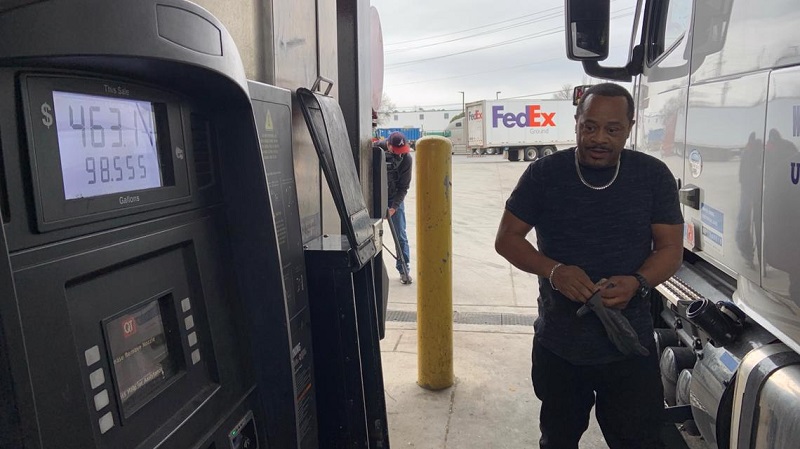 Little Rock, Arkansas – In order to fill up their gas tanks, some Arkansans are paying $20 more than normal to. The Arkansas Trucking Association fears the higher transportation costs could lead to a consumer burden as truckers are paying up to hundreds more for fuel.

According to Shannon Newton, the Arkansas Trucking Association President, companies and contracted truckers are paying more at the pump. With rising costs, distributors and consumers will ultimately pay the price when it costs more to ship goods.

“Unfortunately, what you’re going to see is those costs are going to be passed on to the shippers and ultimately to the consumers,” Newton said.

Arkansas is maybe the most trucker-friendly state in the country. According to Newton, one in every 10 Arkansans is employed by the trucking industry, and nearly 5,000 trucking companies exist in the state. The economic positioning of trucking makes it more likely that rising fuel prices will impact everybody.

“We hope there is a way to release some of those resources or gin up production to alleviate the rise in cost,” Newton said.

According to David Lindstrum, a truck driver for nearly 20 years, he fills up his big rig every two days. Getting nearly seven miles per gallon, Lindstrum said it costs anywhere from $800-$900 each time he fills up.

“I’ve never seen it like this,” Lindstrum said. “I think somebody needs to do something.”

Lindstrum’s company pays for the fuel, but some smaller companies are having to make tough decisions, the driver said.

“They’ve reduced where they went, how far they go now because of the fuel,” Lindstrum said.

Some shippers like Amazon have added electric delivery trucks to their fleet, and the push for more electric-friendly infrastructure continues to grow as an alternative source of energy. Proponents of electric vehicles note their environmental benefits relative to gasoline-powered cars and their economic upside compared to fuel.

According to Newton, the Association has discussed long-term strategies about implementing more electric trucks, and she said they work well for in-state routes. For cross-country trucks, the infrastructure is not yet feasible, Newton said.

If the problem continues, the ripple effect could be seen in stores, Lindstrum said. He hopes that doesn’t come to fruition. “We are kind of the backbone of what keeps America going,” Lindstrum said. “If we ain’t out here running, there ain’t anything getting put on shelves.”