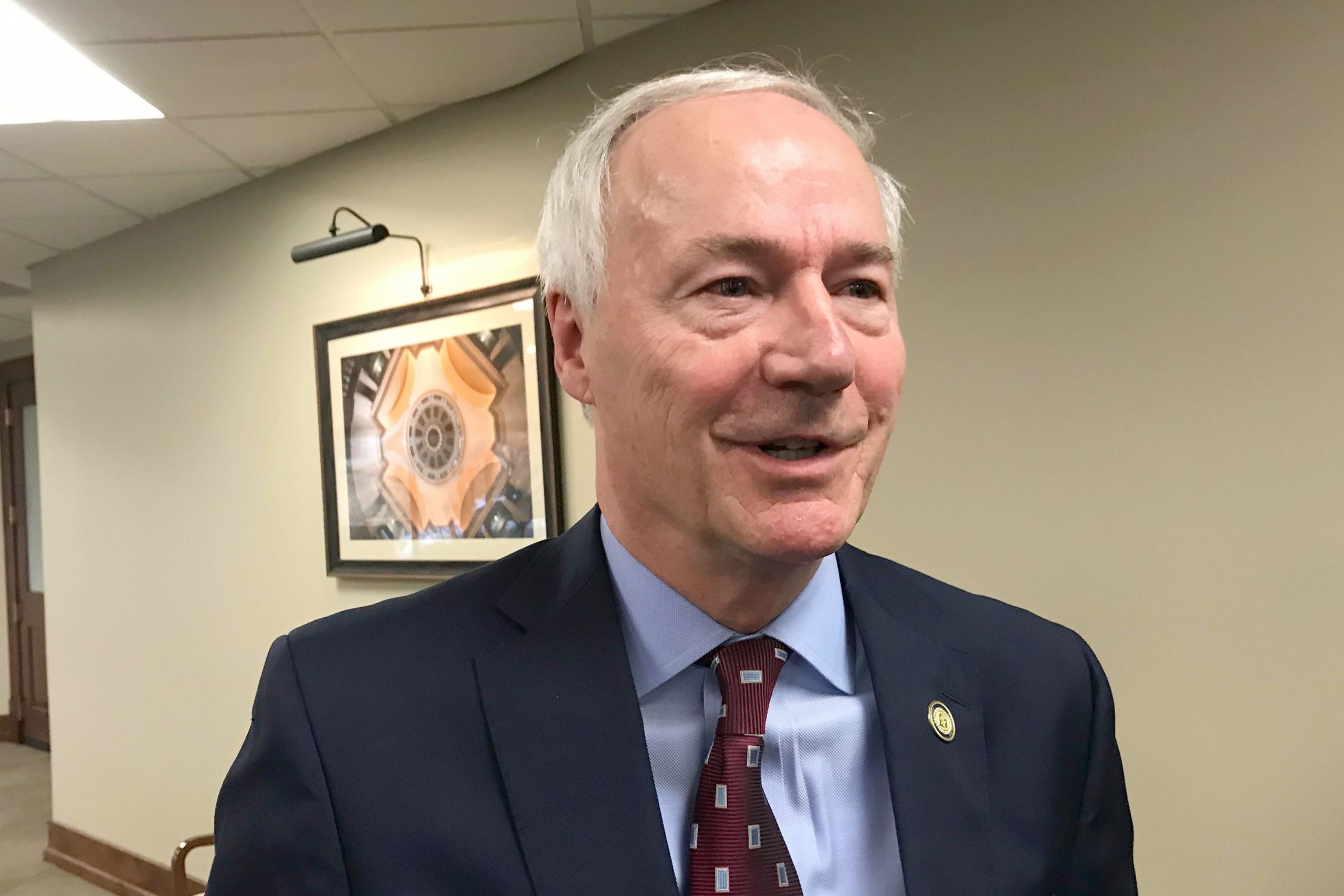 An outbreak of the virus among state legislators also grew to 11 on Tuesday, with a lawmaker testing positive.

The Department of Health reported 24 more people were hospitalized because of COVID-19, bringing the state’s virus hospitalizations to a new high of 810. The state’s confirmed and probable virus cases rose by 1,424 to 124,235.

“The numbers aren’t good, the trend is not good and we have a lot of work to do here in Arkansas and across the nation,” Hutchinson said at his weekly news briefing on the virus.

Hutchinson said he doesn’t support rolling back the state’s reopening of businesses. The Republican governor said many of the state’s cases are coming from smaller gatherings at homes that he said can’t be regulated.

“You’d be shutting down businesses that are taking precautions, but you’ve still got the spread through all the other activities of life,” Hutchinson said.

Hutchinson said the hospitalization figure is key to whether the state takes additional steps, but didn’t elaborate on what those steps would be.

“If the hospitals are flooded, then you’ve got to say, ‘what more can we do?’” Hutchinson said.

Nearly 25% of the state’s 9,144 hospital beds and 9% of its 1,808 intensive care unit beds are available, according to the Department of Health. There are 311 COVID-19 patients in ICUs around the state.

A House spokeswoman said Republican Rep. Joe Jett tested positive for the virus, the 11th state lawmaker to contract the virus over the past month. Arkansas has had the second largest coronavirus outbreak among state legislatures, according to figures compiled by The Associated Press.

Health Secretary Dr. Jose Romero said the latest rise in the state’s cases is linked to Halloween activities and warned that could be a harbinger of what’s to come over the Thanksgiving and Christmas holidays.

Romero said the Health Department is also strongly discouraging that nursing home residents leave their facilities to celebrate the holidays with their family members, citing an increase in nursing home deaths the state has seen.