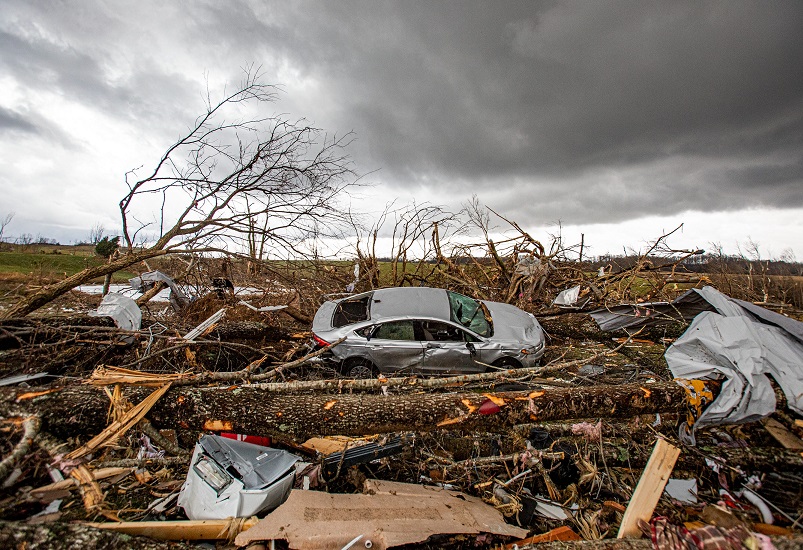 Arkansas – The tornado that took place last Friday in three states including Arkansas left serious damages behind and many victims. Many organizations including the American Red Cross immediately organized help in the areas that were hit the most.

However, there also are many Arkansas volunteers that headed to these areas in an effort to provide even an additional help to the local residents at these difficult times for them.

One of them is Clint Roe, a volunteer with Sheep Dog Impact Assistance in central Arkansas, who made his way to Dawson Springs, Kentucky with two other people. He said there are several people in the town who are still unaccounted for.

“It’s total devastation. These people, the tornado came through and just leveled everything. 75% of the city has been devastated. I’m looking across right now and it was a neighborhood and now there’s not a house standing,” Roe said.

The non-profit focuses on uniting veterans and first responders by giving them a new purpose; helping others.

“Across the street right there is all of the sheepdogs trying to help neighbors,” Roe said.

According to the most recent data, a total of 74 people were killed in the tornado in Kentucky. But this number might get higher in the upcoming days.

“This place seems like it’s been forgotten. These people are walking around in survivor shock still looking for stuff,” Roe said.

Roe is one among many other volunteers who are helping in the areas. In Arkansas, only two deaths have been reported as a results of the recent tornado so far. But many people are now left without their homes as the damages are huge.

“We have 307 structures that were impacted, including 61 totally destroyed, 82 with major damage, 121 minor damage, and another 44 effected in some way,” Governor Asa Hutchinson said at his media briefing Tuesday afternoon.

“FEMA will be deploying two teams beginning at 8 a.m. in the impacted areas to assess damages,” Hutchinson said.

Hutchinson said the damage assessment usually takes FEMA months but he spoke with President Biden and he has promised to try and cut through the red tape. Hutchinson hopes help can come in a matter of weeks.

Vaccination rate continues with high pace in Arkansas, but another winter Covid-19 wave is likely scenario after the holidays

Omicron is not officially in Arkansas, but health officials believe it might be already here