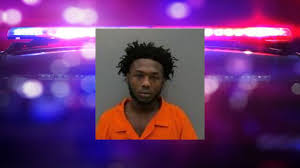 Pine Bluff, Arkansas –  On September 3 officers responded to a shooting at 25 Needles in Pine Bluff.

When they arrived they found a man who had been injured. Kavon Mitchell, 22, was taken to the hospital where he later died due to gunshot wounds according to the police.

Pine Bluff police developed Hekeryin D. Cain, 23, as a suspect in this homicide.

Police arrested Cain without incident and he was booked into the Jefferson County Jail for Capital Murder.

Police are still investigating the situation.

Pine Bluff police: ‘Stay away from downtown’ after flooding