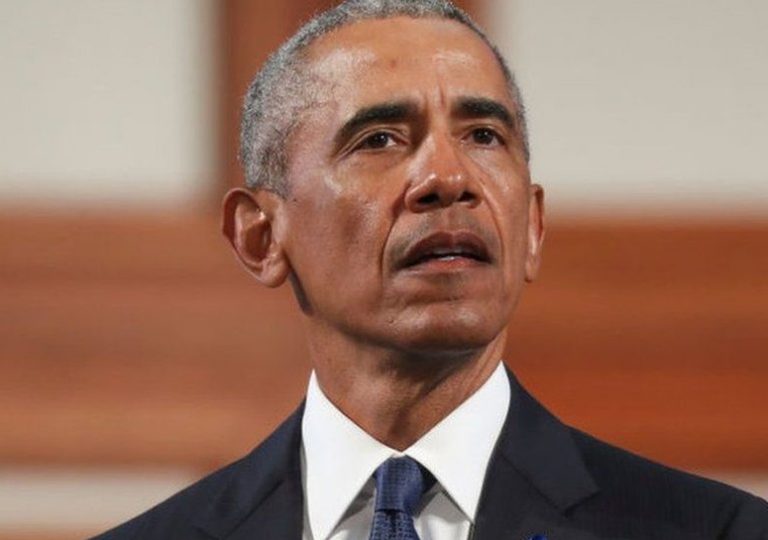 Barack Obama was among those who were expected to announce and say something over the Afghanistan events, but didn’t, at least until Friday when he issued an official statement speaking about the withdrawal of the troops.

The so loved Barack, in his well-known Obama-style expressed his concerns over the recent events saying that he and former first lady Michelle Obama “were heartbroken to hear about the terrorist attack outside the Kabul airport that killed and wounded so many U.S. service members, as well as Afghan men, women, and children.”

Although Obama didn’t reveal something spectacular nor he blamed anyone to be responsible for the events, he was cheered on the social media by his lovely supporters who usually overlook the big picture behind those heartbreaking Obama-style announcements and statements.

“As president, nothing was more painful than grieving with the loved ones of Americans who gave their lives serving our country,” he said.

“As President Biden said, these service members are heroes who have been engaged in a dangerous, selfless mission to save the lives of others.”

With the latest line, part of the statement, Obama shamefully let the public know who is in charge now and who has to lead the complete withdrawal of the US troops and civilians out of the country. And correct, Biden is in charge whether he likes his current position or not.

Obama remained silent for almost two weeks since the start of the last stage of the withdrawal when things started going south. This has been his first ever statement in regards to the Afghan events, just a day after the 13 US troops were killed in the terrorist attack close to the Kabul airport.

“We’re also thinking of the families of the Afghans who died, many of whom stood by America and were willing to risk everything for a chance at a better life,” Obama said.

Biden is the fourth president to run the office since the start of the Afghanistan mission. It looks like majority of the people forgot what has happened in the last two decades, how many families lost their beloved ones, how much taxpayer money were spent during the whole 20-year-long period.

It’s obvious, it’s really obvious that people overlook the big picture. For example, Obama’s supporters are overlooking the fact that Obama was the US president who sent an additional 30,000 American troops into the country in late 2009.

We can all blame Biden now, but it’s not completely his fault. The situation could have been by far better managed, but barely someone remembers that Biden, who was the VP when Obama was president, opposed Obama’s decision to send the additional troops back in 2009.

Biden recently said that he is about to end the war completely, that he is the president who will end the never-ending mission. He added that he doesn’t want to pass this issue to the next president and that the US troops will finally return home and be with their families.

What is very obvious is the fact that Obama didn’t comment the recent effort and how the situation is handled by the Biden team and the White House. On purpose or not, he completely skipped this part although many expected the opposite. However, Obama expressed his full support over Biden’s decision to bring the US troops home.

“After nearly two decades of putting our troops in harm’s way, it is time to recognize that we have accomplished all that we can militarily, and that it’s time to bring our remaining troops home,” Obama said on Apr. 14.

We have already heard Trump multiple times, even on a daily basis, criticizing Biden and his team finding them to be completely responsible for the events and especially for the US troops who lost their lives on Thursday.

Donald Trump and George W. Bush, both Republican presidents who ran the White House during the Afghanistan war, both agree that the United States troops withdrawal is such a huge mistake or at least, the whole process should have been handled much better and safer for everyone.

“I think about all the interpreters and people that helped not only U.S. troops, but NATO troops and they’re just, it seems like they’re just going to be left behind to be slaughtered by these very brutal people, and it breaks my heart,” Bush told the German state broadcaster Deutsche Welle.

Major group of people online found the latest statement by Obama pathetic slamming him on the social media and accusing him of being arrogant. According to them, the man who organized his birthday party with more than 500 people amid the Delta wave is not relevant and can’t be taken seriously.

The “booster dose plan” might fail as CDC and FDA need more time to fully approve the third, booster dose