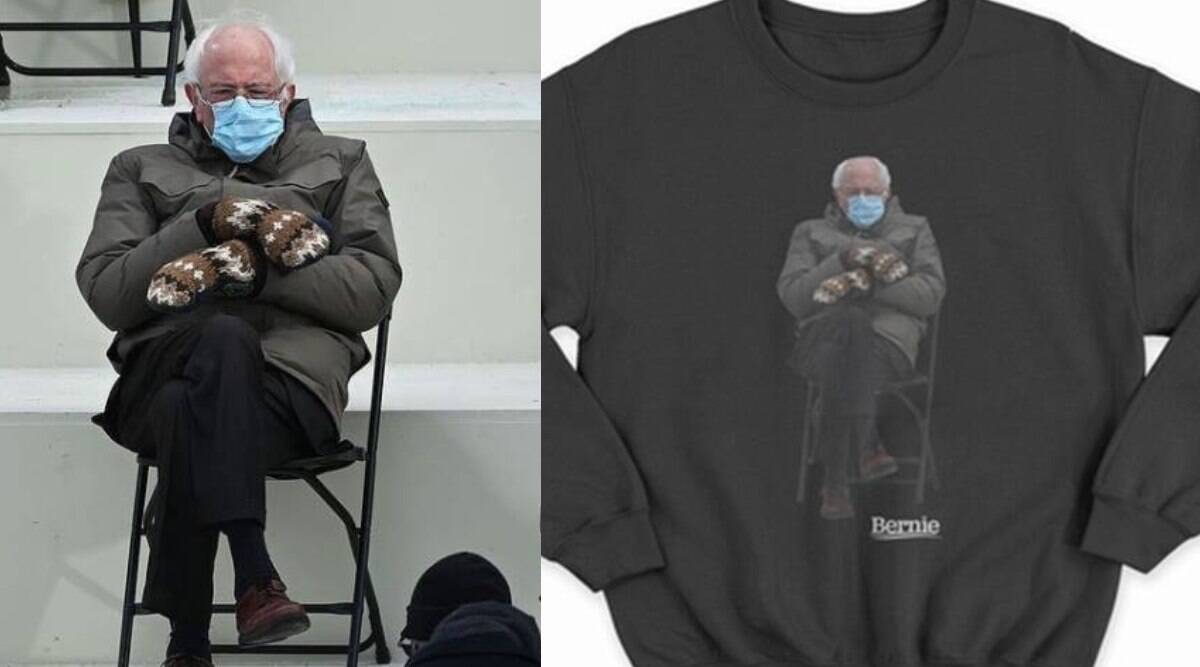 Bernie Sanders is leveraging his fame as a meme to raise money for charity, by turning the now-iconic photo of him at the inauguration into a sweatshirt.

On Inauguration Day, the Vermont senator went viral when he showed up for the ceremony in a practical green jacket and a pair of hand-knitted mittens to brave the cold weather.

Despite appearing appropriately dressed for the temperature, a photo of the 79-year-old sitting with his arms crossed has since circulated its way around the internet, where it has been edited into countless photos, works of art and other meme-worthy backdrops.

Now, Sanders’ campaign has decided to use the photo for good – by printing it on a black crewneck sweater and selling it for $45, with all proceeds going to Meals on Wheels Vermont.

On the campaign website, where the sweatshirt is listed as “Chairman Sanders Crewneck,” it sees the photo printed on an otherwise simple crewneck, with the added addition of a small “Bernie” written at the bottom.

According to the campaign, the sweatshirt, which is currently only available in a small/medium size, is made of cotton fleece and was union-printed in the USA.

The campaign has also acknowledged the huge demand for the piece of attire, with the website warning customers: “Due to overwhelming demand for this item, it will be three to six weeks until you receive your sweatshirt.”

“How can you not love sweet Bernie Sanders selling a sweatshirt of his mittens meme with 100 per cent of proceeds going to Meals on Wheels in Vermont,” one person tweeted.

As for Sanders’ reaction to becoming an immensely popular meme, he told Seth Meyers that he did not expect the response when he showed up to the inauguration.

“I was just sitting there trying to keep warm and trying to pay attention to what was going on,” Sanders said during an appearance on Late Night with Seth Meyers on Thursday.

He did, however, confirm that he has seen the memes.

Why healthy eating can help you fight COVID-19