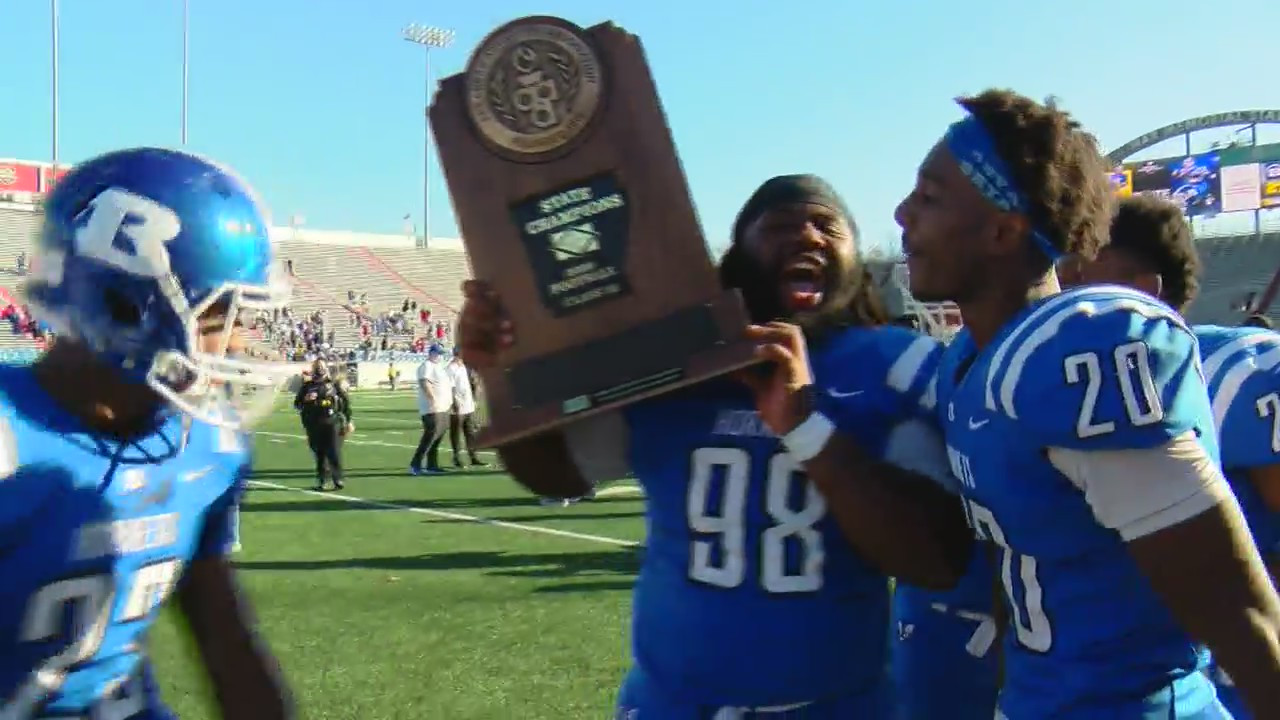 BRYANT, Ark. –  The Bryant Hornets completed their three-peat on Saturday afternoon over the North Little Rock Charging Wildcats in the 7A state title game, becoming the first school to ever win three consecutive state championships in the 7A classification.

Head coach Buck James credits his players for pulling off the feat.

Winning that third crown in a row puts this era of Bryant football in the conversation for greatest of all-time according to Leland Barclay, author of the Almanac for Arkansas High School Football.

“You know, if they’re not, I think they should be,” Barclay said. “I mean, they, you know, and I don’t know what this means, but you know, they’ve certainly convinced me, and I think the fact that again, they’ve done it over three years. This wasn’t just a great team one year when all things came together.”

The high school sports historian also doesn’t believe that the fact that 7A only has 16 teams should diminish what the Hornets have done, noting that schools in 6A are the ones that voted against playing those in 7A so it shouldn’t be held against Bryant for the limited pool of teams.

“I think it makes it one of the most, you know, historic runs that that we’ve ever seen,” Barclay said. “I do not think it’s diminished by the fact that it’s a 16-team classification. I don’t think at this point, say well, maybe some of those teams could have competed. Maybe they could have, but they didn’t want to.”

The Pine Bluff Zebras were the last team in the state’s highest classification to run off three state titles in a row when they did so from 1993 to 1995. Those teams are looked at as some of the greatest in state history, but now that Bryant has won that third title in a row, some say it should elevate them into that atmosphere in Arkansas’ history books.

When asked after the game about people putting his Bryant team amongst some of the greats in history James thought it would be an honor.

“If they want to put it there, that’s fine with me,” he said. “But you know, if we’re able to be a mentioned in those in teams, then I think that’s an honor.”

Barclay noted it’s tough to say what the Hornets will look like next year and the improvement of Cabot and Conway along with North Little Rock, who have been to five consecutive state finals, could always be a roadblock.

“That’s gonna be tough to do, but they certainly have a shot after winning three in a row,” he said.

Still, James said that if there is a team who can “connect four,” it is his squad.