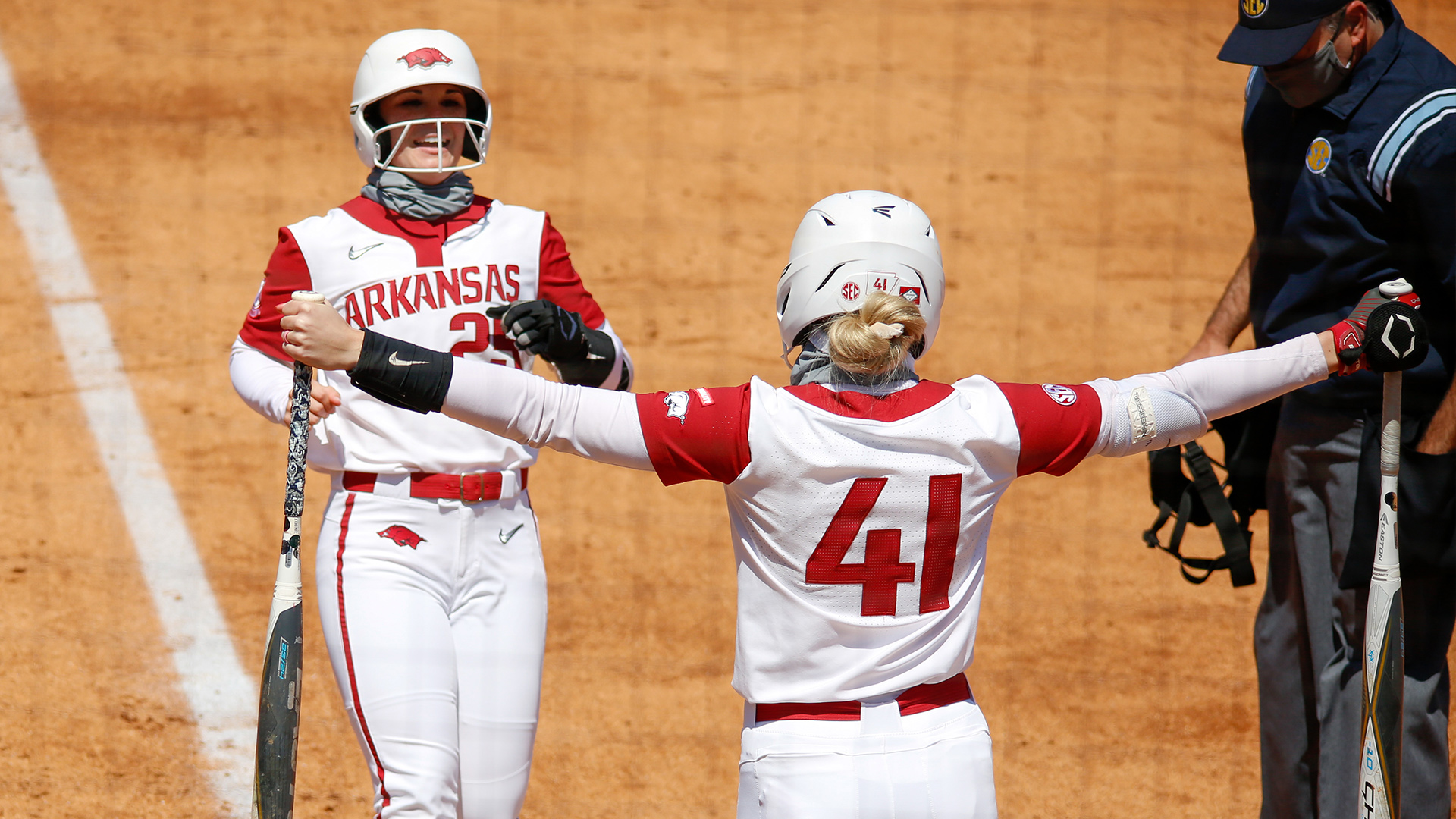 AUBURN, Alabama — Infielder Braxton Burnside collected all three RBI, and pitcher Autumn Storms fired a complete game shutout in No. 11 Arkansas’ 3-0 win at No. 25 Auburn on Friday afternoon. The Razorbacks (30-3, 11-0 SEC) lead the country in total wins and remain the SEC’s only undefeated team in league play.

Arkansas took a 1-0 lead in the top of the third inning with the help of a two out rally. Outfielder Hannah McEwen walked in front of Burnside, who doubled to left on a high fly ball, which Auburn’s left fielder lost in the sun.

Burnside smashed her 19th bomb of the season in the top of the fifth, a solo shot to left, making Arkansas’ lead, 2-0. Last night the Paragould, Ark. native broke the school’s single-season home run record with her 18th bomb.

The Razorbacks added another insurance run for good measure in the top of the seventh. With two outs, outfielder Sam Torres extended her hitting streak to 10 games by singling to second, and McEwen followed, drawing her second walk of the game. Burnside knocked in her third RBI of the day by doubling for the second time to left center.

Storms (4-0) was outstanding and registered her first complete game shutout of the season, surrendering just four hits and a walk. She threw just 95 pitches and recorded 15 ground ball outs to just two fly outs. Shelby Lowe (8-3) took the loss for the Tigers, surrendering seven hits with two walks and 12 strikeouts.

Arkansas outhit Auburn, 7-4, and was led by Burnside’s 3-for-4 day. Outfielder Aly Manzo was 2-for-2 with a pair of singles.

The Razorbacks will go for the sweep at 1 p.m. tomorrow, April 3 on SEC Network