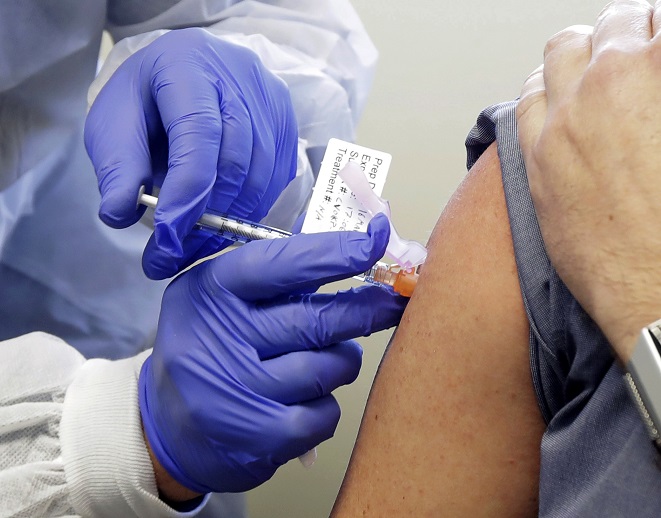 Pine Bluff, Arkansas – The vaccine mandate for students might become a real thing very soon as the Pfizer vaccine is closer to be approved for children under the age of 12.

While many states, including Arkansas, are fighting with the mask mandates in schools, more reports indicate that the vaccine requirement might be enforced in schools soon after the approval of the vaccine.

In a Tuesday announcement, Arkansas Gov. Asa Hutchinson said that such a mandate won’t apply in Arkansas since a state law bans a public mandate vaccine for any purpose and demographic.

Reportedly, the FDA is considering an emergency authorization to the vaccine for children aged 5-11, something that should happen no later than October 31.

So far, Pfizer has provided their trial data of the vaccine for children which should also remain in two doses, but with lowered quantity compared to those for aged 12 and more.

Dr. Scott Gottlieb, the former commissioner of the FDA and a board member at Pfizer, recently said during a CNBC Squawk Box interview that Pfizer could submit to the FDA “very quickly.”

“The data came a little earlier than some were expecting, and depending on how long the FDA takes to review the application, whether it’s a four-week review or a six-week review, you could have a vaccine available to children as early as probably by the end of October, perhaps it slips a little bit into November,” he said.

Gov. Hutchinson immediately reacted claiming that even such mandate is enforced, that won’t apply in Arkansas, ruling out that idea completely.

Arkansas is among the states with the lowest vaccination rates so far in United States. According to the data provided by the ADH, just above 11% of the population aged 12-17 is partially vaccinated, while around 5% are fully vaccinated.

“We had some very very high days that we were thrilled with. Now it seems to be settling around 7,000 (daily vaccinations). Some days down, some days up. Concern is not the right word, but I hope that we can keep the focus on the vaccines. The best assurance that we can keep it down would be increasing that vaccine rate even to a higher extent that prepares us for the winter,” he said.

In the latest Covid-19 daily report on Wednesday, Arkansas added 29 new deaths and 1,463 new cases. Since the start of the pandemic, a total of 488,316 have been infected with the virus, while 7,528 people died of Covid-19 complications. 6,214 were vaccinated in the past 24 hours, according to the same report.