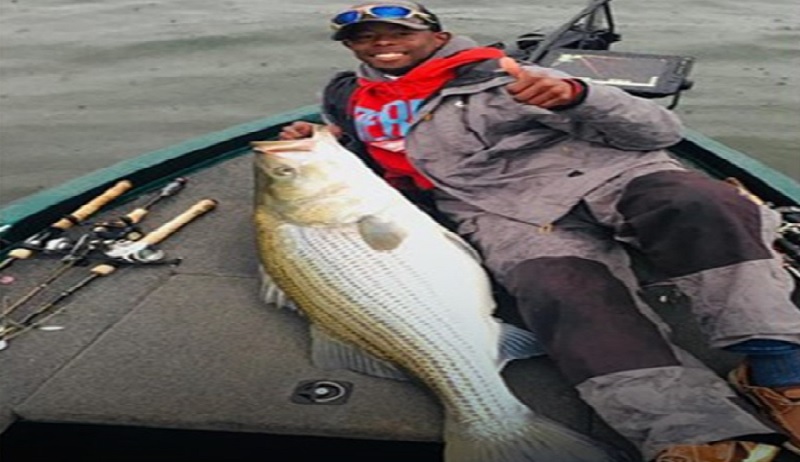 According to Tyson, when he realized it wasn’t a black bass, he released it back into the water before getting it weighed.

So, no one will know how close it came to Arkansas’s state record striped bass of 64 pounds, 8 ounces, caught in the Beaver Lake tailwater by Jeff Fletcher of Golden, Missouri, in 2000.

“When I released it, it really sank it, ‘You let that one go.’ The one thing I regret is not getting it weighed,” Tyson said. “But at that moment, it was literally the first 5-10 minutes of the tournament. I’m not going to stop fishing for bass. Starting out that fast, I knew I had a chance at at least 20 pounds. But then catching a striper that size, oh my God. It’s a fish of a lifetime.”

According to an article released by the Arkansas Game & Fish Commission, Tyson wants to return to Hamilton soon and target the same area and maybe land the monster again, or perhaps another massive striper.

He credits having his sonar to be able to find fish, as it eliminates time in tracking them down, “but you’ve got to put your skills and talent, your technique, to get the fish to bite. It’s key to locating fish, but you still have got to get them to bite.”

Arkansas has not reached endemic levels