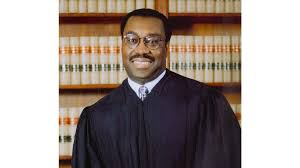 Arkansas – On Thursday, September 17 at 10:30 a.m. Chief Judge to the United States Court of Appeals Lavenski R. Smith, will speak during a virtual Constitution Day event that can be viewed live.

This event will be hosted by the university’s Political Science Club, Student Government Association, and the UAPB Royal Court. The Relevance of the U.S. Constitution to modern-day issues is among the topics to be discussed.

Chief Judge Smith was born and raised in Hope. He graduated from Hope High School and earned his bachelor’s and Juris Doctor degrees from the University of Arkansas at Fayetteville. Nominated to the Eighth Circuit by President George W. Bush in 2001 and commissioned in 2002, Smith has served as chief judge of the court since 2017 and is the first African-American to hold this position in the Eight Circuit.

Before joining the federal bench, Chief Judge Smith worked in both private practice and public service. Additionally, he taught business law as an adjunct professor and later as a full-time assistant professor at John Brown University in Siloam Springs.