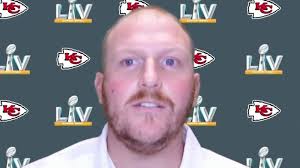 KANSAS CITY, Mo. — Kansas City Chiefs linebackers coach Britt Reid, who is also the son of Head Coach Andy Reid, has been involved in a car crash that left a 5-year-old with life-threatening injuries, according to ESPN. As of Saturday afternoon, the Kansas City Police Department says one of the children is still in critical condition.

He did not coach in the Super Bowl, says NFL Network insider Ian Rapoport.

The crash happened Thursday night but didn’t make headlines until Friday. Police say a car ran out of gas on an I-435 on-ramp late Thursday in Kansas City. A second car showed up to help. While those two cars were there, local television station KSHB reports Reid was driving along in a pickup truck and hit both cars.

The 5-year-old child and a 4-year-old were both in the back seat of the second car. The kids were rushed to a local hospital, where the older child has life-threatening injuries. The 4-year-old’s injuries are not considered life-threatening, according to ESPN.

The crash remains under investigation by law enforcement.

“The organization has been made aware of a multi-vehicle accident involving Outside Linebackers Coach, Britt Reid,” the Chiefs said in a statement to 10 Tampa Bay. “We are in the process of gathering information, and we will have no further comment at this time. Our thoughts and prayers are with everyone involved.”

On Tuesday, the Kansas City Police Department gave an update on the case. Officers said it was still under investigation and it could take weeks to put it all together.

Back in 2008, Reid pleaded guilty to DUI and drug charges. According to the Associated Press, those charges stemmed from him driving into a shopping cart in a parking lot at a sporting goods store.

Reid also has a previous road rage charge on his record. In 2007, he was sentenced to 8-23 months in prison for flashing a gun at another driver.

Smith leads Hogs to win over Missouri in overtime

All spring events at UAPB will be held without fans