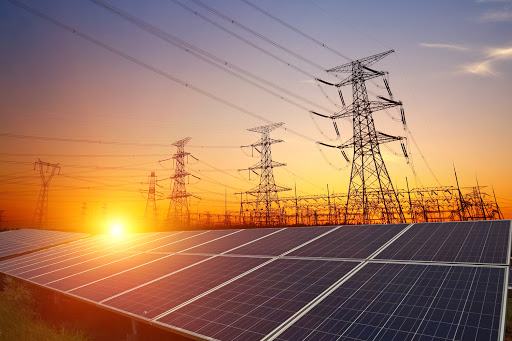 Though renewable energy anticipates a possible bonanza as the Biden administration pursues a $2 trillion infrastructure plan and an environmentally sound reboot of the entire energy industry, Deputy Energy Secretary David Turk spoke Monday on a dip in clean-energy jobs last year as the COVID-19 pandemic took a toll on efficiency jobs.

Turk was on hand in Washington for the release of the sixth annual Clean Jobs America Report, which told of the first recorded drop in overall jobs in the clean energy sector. The industry has recovered 300,000 jobs since an unemployment peak of 600,000 in the second quarter last year. A bigger job bounce is predicted if Biden’s American Jobs Plan and clean energy package find favor before Congress.

The report found that energy efficiency jobs suffered as the pandemic kept workers from entering homes and offices because of transmission concerns. The efficiency dip of 11% led the overall decline in clean energy jobs, but renewable energy jobs were also down 6%, and clean fuels jobs down 7%. Renewable energy workers saw a similar decline.

Bright spots in the report included wind energy, which added about 2,000 jobs nationwide, and manufacturing of electric and plug-in hybrid vehicles, where more than 12,000 jobs were added with automobile makers shifting to zero-emission cars.

Clean energy employment also bounced back quicker than many sectors, with job growth of about 11% since May. The national workforce grew about 9% in the same period.

“Despite last year’s unprecedented decline, what the data shows is that clean energy is a job creator in every state and nearly every county in America,” said Bob Keefe, executive director E2, a national nonpartisan business group devoted to entrepreneurialism. “The message to members of Congress is that if you want these good paying jobs in your backyard, you need to support the policies on the table that are primed to turbocharge clean energy and keep it growing.”

Three familiar states — California, Texas and New York — remain at the top in energy jobs, and eight states had more than 100,000 workers in the industry last year. Nationwide, “clean energy projects account for 19 percent of all construction jobs; 5 percent of all wholesale trade jobs and 4 percent of all manufacturing jobs,” the report said. Georgia, Kentucky, Pennsylvania, and Michigan had the fastest clean energy job growth since unemployment peaked in May.

North Carolina, Michigan, and Texas led the nation in rural clean energy jobs, each with more than 20,000 clean energy jobs located outside of major metropolitan areas. Arkansas ranked 34th among the states in clean energy jobs with 18,807 positions, about 1.6% of the statewide workforce. That number of jobs was up 11% since June, the report said.

The clean vehicles sector was the fastest-growing area, up 26 percent nationwide from June to December.

And Arkansas renewable power and electric vehicle businesses are happy with a local development, the passage of Senate Bill 632, which will create an electric vehicle infrastructure grant program for building EV charging stations throughout the state.

The legislation, sponsored by Sens. Mark Johnson, R-Little Rock, and Greg Leding, D-Fayetteville, passed by strong majorities. The Senate voted for it 32 to 2 on April 13, and the House approved it 73-14 on April 15.

The legislation sets up the grant program under the state Department of Energy and Environment, whose secretary will have exclusive authority to award grants “for construction, installation and associated costs connected with the deployment of public charging facilities.

“Arkansas has the opportunity to lead the country in electric vehicle adoption — and grow a key sector of our economy — but it will require a stronger network of EV charging stations,” said Collin Riggin, founder and partner in Evolve Auto of North Little Rock, the state’s only dealership devoted exclusively to pre-owned Teslas and other top-model electric cars. “This common-sense bill gives us the power, and the resources, we need to achieve that.”

Heather Nelson, president and co-founded of Seal Solar of North Little Rock and a partner with Riggin, said Arkansans are “revved up” for an all-electric future. “With this legislation, we can build the infrastructure needed to deliver this technology even faster,” she said.

The state expects the federal government to eventually devote more money to the electric infrastructure under Biden’s plan.

The latest on the J&J vaccine; experts say side effects in other 2 vaccines to be expected