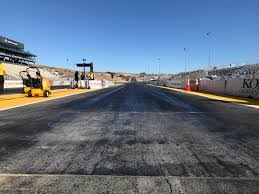 Pine Bluff, Arkansas – The Traffic and Aviation Committee of the Pine Bluff City Council meeting Tuesday to discuss a possible racetrack decided to create a committee to come up with a plan to make that happen.

Council member Joni Alexander, who chairs the committee, explained why the decision to create a committee was made.

Under existing state law, construction or operation of any kind of racetrack is prohibited and Alexander said looking at that law is one of the things the committee will be asked to do.

Like Alexander, Council member Win Trafford if land could be found for a track outside the city limits, that land needed to be close enough to be annexed into the city limits.

One area that was considered in the past is existing farm land near the Grider Field airport but airport manager Doug Hale said that land currently generates income for the airport and any such use would have to be approved by the FAA.

“It would be a tough sell,” Hale said.