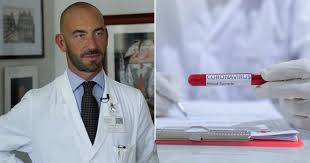 The novel coronavirus is no longer lethal as it used to be and could die on its own without a vaccine, an Italian expert has said.

Head of the infectious diseases clinic at the Policlinico San Martino hospital in Italy, Matteo Bassetti hinted at a possible end in sight of the virus after stating that COVID-19 was losing its virulence since most patients who would have died from the disease in March or April were now recovering.

Speaking to the Telegraph, Bassetti said the virus had downgraded from an abrasive “tiger and was currently a wild cat” going by the plummeting number of cases in various parts of the world including Italy which was once an epicentre of the virus.

He said this development meant a vaccine was no longer needed to combat the disease since it may weaken by itself and never return.

“In March and April, people were coming to the emergency unit with a difficulty to manage the illness as most of them needed oxygen and ventilation,” the professor said.

“Now, in the past four weeks, patterns have changed and there could be lower viral load in the respiration system probably due to a genetic mutation in the virus which has not yet been demonstrated scientifically,” he added.

He said patients who could have died of the disease two months ago were recovering.

He said 80 and 90-year-old patients were surviving the virus and breathing with ease but two months ago, they would have needed ventilators.

The expert said there was a likelihood that the virus was mutating and the lower viral load in the body was due to containment measures such as social distancing.

He said it was possible that the virus was mutating.

“Yes, probably it could go away completely without a vaccine. We have fewer and fewer people infected and it could end up with the virus dying out,” he told the Telegraph.

This came a month after a former World Health Organisation (WHO) official said coronavirus was burning out by itself.

“There is a real chance that the virus will burn out naturally before any vaccine is developed and I suspect we have more immunity than estimated,” Karol Sikora said.

However, some doctors across the world have been dismissing such claims saying there was no scientific evidence to back the claims that the virus had changed in any way.

Coronavirus in Arkansas: Governor, Secretary of Health give details on rise of cases over the weekend