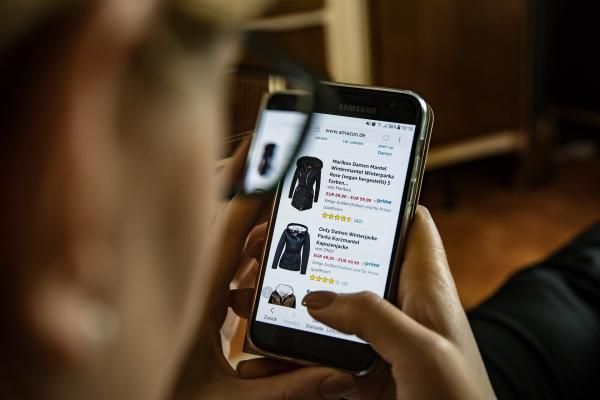 The first report of the highly anticipated Cyber Monday sales came in short of the $12.7 billion forecast, but sales still rose 15.1% from a year ago topping $10.8 billion, according to Adobe Analytics.

The sales miss was not a surprise given consumers began their shopping in October as retailers stretched holiday sales promotions out longer this year, such as Amazon which moved its Prime Day event to October. Also, as brick and mortar stores sought to avoid large crowds, they pushed more promotions online well before Black Friday and Cyber Monday events.

Adobe trimmed its online sales forecast for the entire holiday season to $184 billion, which is still a 30% increase from last year. Adobe had originally forecast online sales of $189 billion.

“Throughout the remainder of the holiday season, we expect to see record sales continue and curbside pickup to gain even more momentum as shoppers avoid crowds and potential shipping delays,” said Taylor Schreiner, a director at Adobe Digital Insights, noted in the report.

Matt Shay, CEO of the National Retail Federation, said one in two consumers polled said they had begun their shopping earlier than ever this holiday season. He said consumers were spending this holiday despite COVID-19 concerns. He said families have shifted spending away from trips and entertainment to gifts and things to do around the home. Shay said consumer spending has been steady since the economy reopened in May and he expects that will continue through the holiday season.

On Cyber Monday, Adobe said the number of orders picked up curbside rose 30% from a year ago, as shoppers sought ways to safely retrieve items bought online that same day. Adobe also reports 37% of digital sales on Cyber Monday were made on mobile devices. During the final hours of Cyber Monday, from 7 p.m. to 11 p.m. ,Pacific time, consumers spent $2.7 billion, accounting for 25% of the day’s revenue, the firm reports.

Shay said an estimated 186.4 million consumers took advantage of the Thanksgiving holiday weekend and shopped in-store and online this year, according to the trade group’s research with Prosper Analytics.

“As expected, consumers have embraced an earlier start to the holiday shopping season, but many were also prepared to embrace a long-standing tradition of turning out online and in stores over Thanksgiving weekend to make gift purchases for family and friends,” Shay said. “Retailers have been planning for the season by ensuring that their stores are safe, their associates are trained, the inventory is stocked and the online experience is seamless. Many things have changed since the onset of the pandemic, but the commitment by retailers to meet the consumer where, when and how they shop at the prices they want to pay never changes.”

He said while the overall number of shoppers from Thanksgiving through Cyber Monday dropped from 189.6 million in an unusually robust 2019, the figure is still significantly higher than the 165.8 million shoppers in 2018.

According to Amazon, over the Black Friday Weekend independent and small sellers brought in $4.8 billion