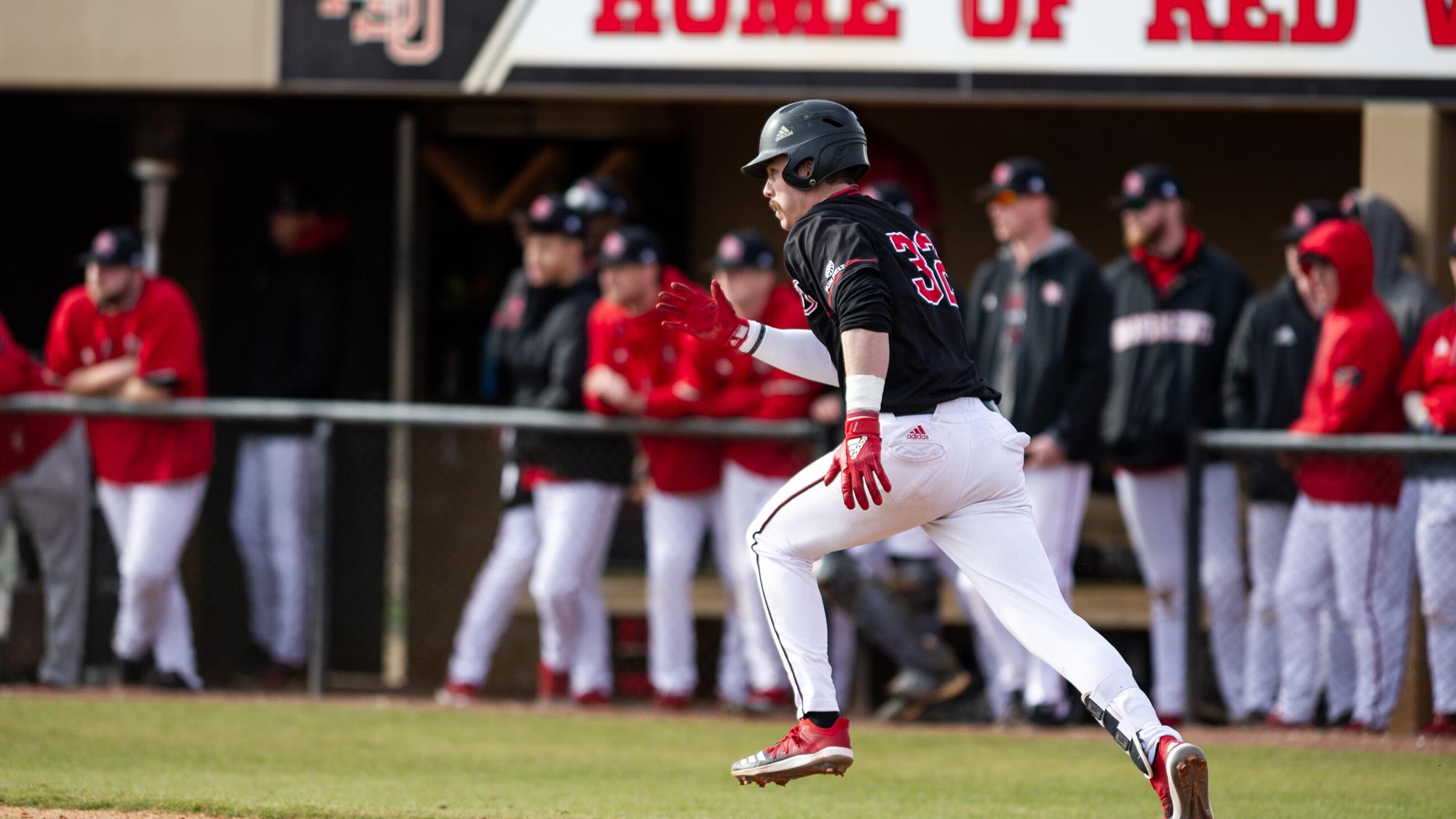 JONESBORO, Ark. – Ten players reached base and Will Nash provided a strong start on the mound to propel Arkansas State baseball to its first win of the season Tuesday night at Tomlinson Stadium-Kell Field, ousting Missouri State 10-2.

The Red Wolves (1-7) chased the Bears’ (5-4) ace Ty Buckner in an eight-run fourth inning after just 3.2 innings, while Nash tossed 5.0 innings to earn his first win of the season, moving to 1-1 on the year. Jake Algee provided an inning of middle relief, while Jack Jumper threw the final three innings to earn the save. The three pitchers combined to scatter eight hits and allow just three walks.

Jared Toler, Jaylon Deshazier and Blake McCutchen each recorded two hits for the Scarlet and Black, with Sky-Lar Culver driving in three runs. Two-out hitting proved to be timely for A-State, as six of eight total RBIs came with two outs.

Missouri State was first in the scoring column in the top of the third on a solo homer by Jack Duffy, but A-State responded with a one-out, two-run single by Tyler Duncan to lead 2-1.

Deshazier led off what would be an eight-run fourth with a single to left, with Parker Rowland bunting him over to second. A bunt single by McCutchen turned into a two-base throwing error by the third baseman, which plated Deshazier. Drew Tipton reached on a fielder’s choice when McCutchen was thrown out at the plate for the second out, but Missouri State would face trouble getting out of the inning.

Toler then doubled to center to score Tipton, followed by an RBI triple by Ben Klutts to plate Toler. After a walk to Duncan, Buckner fired a wild pitch that allowed Klutts to score. Buckner then walked Gish and was lifted for Ian McMahon, who was greeted by a three-run homer by Culver. Deshazier reached base for the second time in the inning, later scoring on a double by McCutchen.

Missouri State got a run back in the fifth on a sac fly by Ben Whetstone, but that would be all as Nash closed out what would be his final inning of the night by forcing a groundout.

Algee continued his stretch of shutout innings by leaving the bases loaded in the sixth, working around two singles and a two-out walk. He gave way to Jumper in the seventh, with the Benton, Arkansas, native tossing 3.0 shutout innings.

A-State returns to action Wednesday for the second game of the midweek series versus Missouri State, with first pitch slated for 3 p.m. CT. The game will be broadcasted live on ESPN+.