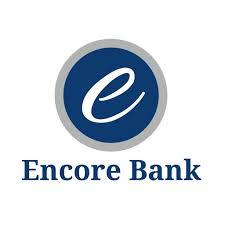 Little Rock based Encore Bank has broadened its footprint during the pandemic, and by all counts, is looking to grow further and faster.

Bank president Burt Hicks, who also serves as Chief Growth & Strategy Officer, said while the bank was intentional about growing in the Dallas-Fort Worth market, it found additional opportunities in Austin, San Antonio and Springfield, Mo.

“We’ve been really blessed with some some very nice growth here really throughout the year, kind of following up from what we were able to accomplish last year. So as you know, we doubled the size of the bank last year. We’ve more than doubled the size of the bank this year in 10 months. And it’s been virtually all done through organic penetration of our existing client base,” Hicks tells Talk Business & Politics.

Hicks said the bank did not participate in a huge volume of Paycheck Protection Program (PPP) loans earlier this year; most of its growth has been shareholder and shareholder-related. In addition to Texas and Missouri, the bank has grown rapidly in its core regions of central, Northwest and Northeast Arkansas, he said. As of Sept. 30, 2020, Encore Bank’s assets topped $680 million.

To fuel more growth, the bank is poised to raise another $90 million in capital, which it launched through a new capital campaign earlier this month. Hicks said any new capital will support existing markets as well as potential new ones.

“We want certain markets across the region that fit the kind of criteria that we’re looking for. But if it’s a metro market, if it’s a high growth market, if it’s a market that has really strong, economic indicators for the next several years, we’re going to go if we can find the right leader,” he said.

“We continue to have very productive conversations with potential leaders in a handful or more markets across the region. So think of the South, the Southeast, the Southwest if you will, even the Midwest. If it’s a strong metro market, if it’s got good solid demographics, good projections for future growth, it’s a market that we’ll entertain,” he added.

Ex-politician in adoption scheme to be sentenced in 3 states