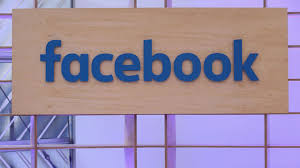 ATLANTA – Facebook pages with political ties will no longer be able to promote themselves as news publishers on the platform, according to a new policy the social media titan announced on Tuesday.

The policy is designed to help prevent American publishers with structural ties to political entities from claiming the news exemption within the platform’s advertisement authorization process.

The news exemption previously allowed outlets to publish items about social issues, politics or elections without their content being labeled as “political” by Facebook.

With the new policy, content from politicians, political action committees (PACs), parties and “organizations that can primarily engage in the influence of public policy or elections” will not be included in the Facebook News tab, the company said.

Those same entities also will not have access to news messaging on the Messenger Business Platform or WhatsApp.

“While these kinds of Pages are allowed on Facebook, we believe it’s important to ensure that when it comes to advertising, these Pages are held to the same standard as political entities on Facebook,” the company said in a news release.

According to the Columbia Journalism Review, researchers have uncovered more than 1,200 sites since the 2016 election in which political organizations promoted themselves as local news outlets on Facebook.

“Identifying politically connected publishers is a new process for us, and we will learn and adapt as needed, while continuing to make ads on Facebook more transparent and protect the integrity of elections,” Facebook said.

Google also announced a similar move, saying that in September, the tech giant will begin to ban politically motivated advertisers disguising themselves as local news websites, according to Axios.

Major tech companies have announced other policies to help combat misinformation ahead of the 2020 U.S. election.

Facebook launched a “Voting Information Center” on both Facebook and Instagram as part of its widespread effort to boost voter turnout in the U.S. and provide authoritative information about voting.

TikTok, the Chinese-owned video platform which has been under intense U.S. government scrutiny, said it would add new rules to combat misinformation and foreign interference.