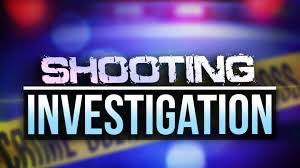 LITTLE ROCK — A Pine Bluff family is mourning the loss of a loved one who was killed in a shooting Monday.

Cedric Sloan, 39, was known to many people as a multi-dimensional man. His family said he sang in his church choir and provided healthy meal options in Pine Bluff. His sister, Marquita Hicks, said he was not only an all around good man but more importantly he was a great father to many.

“Everyone looked up to him because he was the chef,” Hicks said. “He was the one that went on to go to college and he wanted better for his family.”

Officials with the Pine Bluff Police Department said they responded to a call in reference to an armed disturbance. When officers arrived on scene, they found Sloan with a gunshot wound. He was then transported to an area hospital where he later died.

Hicks said this was not the vision she had for a person who has planted a light in so many lives.

“The way he left here, that wasn’t the way he was supposed to leave here,” Hicks said.

With his loss, Hicks said she has to be the driving force for Sloan’s children like he was for their family.

“I got to put on my big girl panties and step up and be the person he raised and taught and make him proud,” Hicks said.

Police have arrested Kevin Kimble, 41, in connection to the shooting. He was charged with first-degree murder.