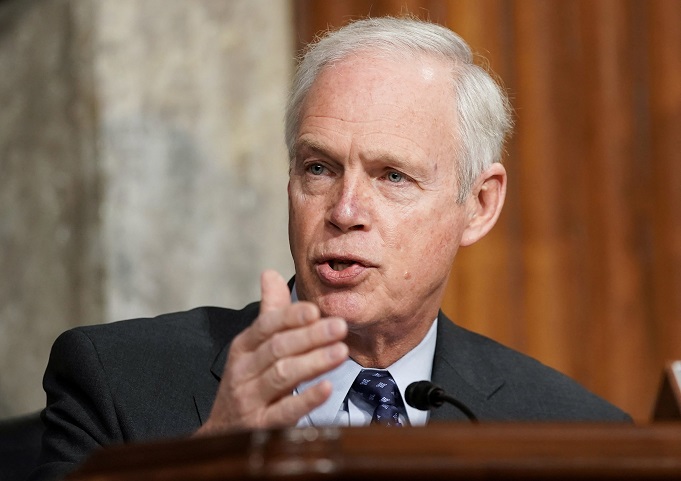 The January 6 Capitol riot is still a hot topic and almost every day Democrats and Republicans are opposing each other who really was responsible for the events. Last week the special committee panel held the first hearing where four Capitol Hill officers were questioned by the committee members. Since then, the January 6 events seem to be an everyday subject in the House.

The most recent comments on this topic comes from Sen. Ron Johnson (R-Wis.) who now blames the FBI for doing nothing to stop the riots claiming he is assured they knew everything.

According to The Hill, Johnson reportedly suggested over the weekend that the FBI knew more about planning for the Jan. 6 attack on the U.S. Capitol than it has revealed, giving credence a conspiracy theory that has rippled through far-right corners of the internet and been floated by conservative pundits in the wake of the rioting.

“I don’t say this publicly, but are you watching what’s happening in Michigan? … So you think the FBI had fully infiltrated the militias in Michigan, but they don’t know squat about what was happening on January 6th or what was happening with these groups? I’d say there is way more to the story,” Johnson said in a private conversation outside an event at a hotel in his home state of Wisconsin on Saturday, according to The Washington Post.

Johnson was referring to a recent plot by a militia group to kidnap Michigan Gov. Gretchen Whitmer (D). According to the latest information, the militia group was planning to kidnap Whitmer and take her to an unknown location to make her “stand trial” for crimes they believed she has committed against people in the state.

However, their plan didn’t work out because federal law enforcement member revealed all their planned activities and they were intercepted. Johnson claims FBI had infiltrated their members and knew all their activities upfront.

Johnson is known Trump supporter and in multiple occasions he said that he didn’t feel threatened during the January 6 events. However, he mentioned that he would have feared for his safety if it had been carried out by Black Lives Matter activists.

Johnson on Saturday told the groups that Democrats and media in a joint attack, are “painting 75 million Americans who voted for Trump as attached with domestic terrorists.”

“I’m just pushing back on that narrative,” he continued, according to the Post, saying he was “not happy with those guys that stood on the Capitol and created the acts of violence. … I’ve said that repeatedly and strongly.”

Johnson is not the only one who claims that FBI knew more about the Capitol events. Fox News’s Tucker Carlson also revealed a theory where he believes FBI knew more, but did almost nothing to stop the attacks. This is what he said in a segment of his night program in June:

“Huh? So it turns out that this ‘white supremacist’ insurrection was, again by the government’s own admission in these documents, organized at least in part by government agents,” Carlson said.

FBI is under constant pressure from the GOP members too, questioning agency’s role in the attacks.

Tyson Foods joins the ‘vaccine requirement club’, Covid-19 vaccine for all US workers