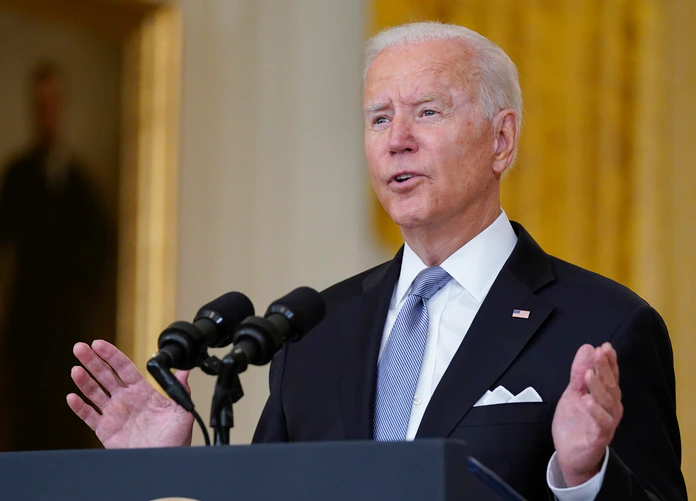 Since enrolling the vaccines, people feared that we might come up to a point when the vaccines will become mandatory and it looks like Biden and the White House administration have just officially announced how the vaccine requirement would like.

In multiple occasions Biden himself and White House officials usually backed-up by the CDC Director Rochelle Walensky and Dr. Anthony Fauci, announced vaccine requirements for different groups of people including all federal workers.

Some cities or states already enforced mandatory vaccination for their workers. Sort of vaccine was announced by California, the city of San Francisco, we have seen many major companies requiring their workers to get vaccinated. But this is first time to come from the president itself.

According to AP, President Joe Biden on Wednesday announced that his administration will require that nursing home staff be vaccinated against COVID-19 as a condition for those facilities to continue receiving federal Medicare and Medicaid funding.

The latest decision was announced Wednesday afternoon in the White House as the Biden administration is constantly looking for different ways to stimulate the United States residents to get vaccinated, despite the “freedom of choice.”

“If you visit, live or work in a nursing home, you should not be at a high risk for contracting COVID from unvaccinated employees,” Biden said.

With such a narrative, it looks like the era of incentives to make people get vaccinated is over and from now on, the public will only see vaccinated mandates and requirements and constant pressure for the unvaccinated.

In just the past three weeks, Biden has forced millions of federal workers to attest to their vaccination status or face onerous new requirements, with even stricter requirements for federal workers in frontline health roles, and his administration has moved toward mandating vaccines for the military as soon as next month.

Biden went even further when he decided to celebrate businesses that already have vaccine mandates put in place, claiming all the others should follow them. However, what Biden forgets is the fact that while he pushes someone else’s agenda, his overall rating is falling every day. Currently, Biden has the historic minimum rating since becoming a presidential candidate.

According to the latest data reported by multiple sources, Biden rating fell for 7 points in the last few days only as a result of the United States troops withdrawal from Afghanistan. Previously, Biden enjoyed pretty decent rating on how he is handling the pandemic, but the recent surge in numbers as a result of the Delta variant almost halved that approval rating.

Despite the fact that we are talking about freedom of choices, latest requirements are resulting with increased vaccination rates among all states. The latest data shows that more than 200 million Americans have now received at least one dose of the vaccines, according to the White House, but about 80 million Americans are eligible but haven’t yet been vaccinated.

One among few that supported Biden and his latest decisions for vaccine requirements especially for medical care personnel, is Mark Parkinson, the president and CEO of the American Health Care Association and National Center for Assisted Living. This is what he said:

“Vaccination mandates for health care personnel should be applied to all health care settings,” he said. “Without this, nursing homes face a disastrous workforce challenge.”

Although the latest requirements announced by Biden and his admin are in an effort to improve the vaccination rates, the time will show how this will affect his overall rating in the upcoming period just months prior to the 2022 mid-terms.

Latest poll shows that majority of people think won’t be able to finish his White House term, but also find Harris incapable of running the country in case Biden leaves

Sen. Lindsey Graham urges Donald Trump to get over the false accusations about the election process to save his supporters and political career