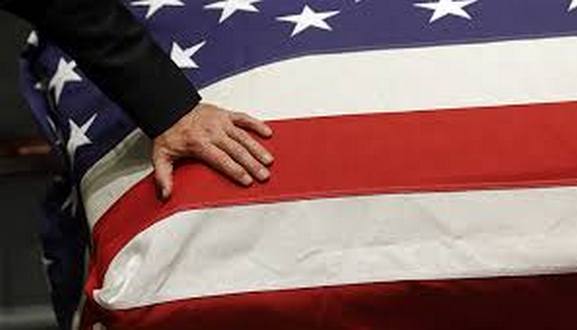 Pine Bluff, Arkansas – An Arkansas police officer who was fatally shot last week was remembered by officials, friends and family for his dedication to his job and community.

The funeral for Pine Bluff Detective Kevin Collins, who was killed Monday in an exchange of gunfire at a hotel during an investigation, was held Saturday at the Pine Bluff Convention Center.

Pine Bluff Mayor Shirley Washington said Collins, 35, was a “commanding force and a gentle giant” known for his professionalism, diligence, vision and determination. She said Collins, who served as her driver and escort, was like an extension of her family.

She said he “could not stand to see wrong and not put forth the effort to make it right.”

Pastor Matt Mosler said Collins worked as a security guard at the New Life Church campus in Pine Bluff, and he could often be found holding babies and encouraging teens.

“Kevin became part of the family — an indispensable part of our family,” Mosler said.

Authorities have said police officers were met with gunfire on Oct. 5 as they arrived at the hotel. Collins was killed and another officer was wounded.

Keshone Quantarious Smith, 19, who was wanted on a murder charge in Georgia, was arrested on suspicion of capital murder in Collins’ death. He remained in jail Sunday in Arkansas, where he was denied bail.

Penalty phase of trial of convicted teen killer in recess