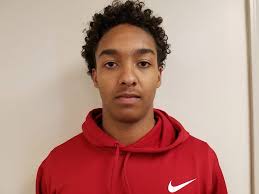 FAYETTEVILLE — The high school season many thought would never happen continues on with some amazing games each week around the state.

This week is no different except for the schedule being a little lighter due to bye weeks. Here’s the games involving Arkansas recruits inside the state this week. All games are on Friday, Sept. 18, unless otherwise stated.

Little Rock Parkview has two Razorback commitments and and another who holds an offer. The team is rolling having defeated Little Rock Southwest 49-0 and then White Hall 41-13. This will be the third road game in a row for them. Quarterback Landon Rogers, 6-5, 215, is having a banner season while tight end Erin Outley, 6-4, 237, is out after having his knee scoped. Class of 2022 running back James Jointer, 6-0, 201, is one of the top running backs in Arkansas. Outley and Rogers are committed to the Hogs.

Northside and quarterback Dreyden Norwood, 6-2, 175, are back in action after missing last week due to COVID-19 issues. Norwood has committed to Texas A&M over Arkansas and others. He was the first prospect Arkansas offered in the Class of 2021 inside the state. Northside defeated Fort Smith Southside 35-7 to open the season. They were going to play Har-Ber this week, but Har-Ber filled in for them last week at Greenwood.

The Pirates have Class of 2022 defensive end JJ Hollingsworth, 6-4, 250, who is committed to the Hogs. He had a big game against Danville last week. Greenland defeated Danville 27-8 after losing at home to Elkins 46-28 to open the season.

Clarendon and Class of 2022 standout Quincey McAdoo, 6-3, 175, defeated Barton 65-22 to open the season and then downed McCrory 54-46 in the second week. McAdoo holds a long list of offers including one from the Hogs. He is among the elite players in Arkansas in 2022 in a very loaded class. He will likely be wide receiver in college.

This game was rescheduled from earlier in the season. DeWitt downed Drew Central 46-6 last Friday after falling to McGehee 36-6 in the season opener. Stuttgart will be a tremendous challenge as they have a very good team this season. DeWitt Class of 2022 tight end Dax Courtney, 6-6, 210, is committed to Arkansas. He is one of the best recruits in Arkansas regardless of classification or position.

Jacksonville has Class of 2023 running back Darien Bennett, 6-0, 215. He has been offered by the Hogs. They also have Colorado commitment defensive lineman Tyas Martin, 6-4, 315. Jacksonville downed Mills 44-34 to open the season, but then fell to Sylvan Hills 48-16 last week.

The schools with an open week are Ashdown, Joe T. Robinson, Maumelle, Fayetteville, Jonesboro and Wynne.