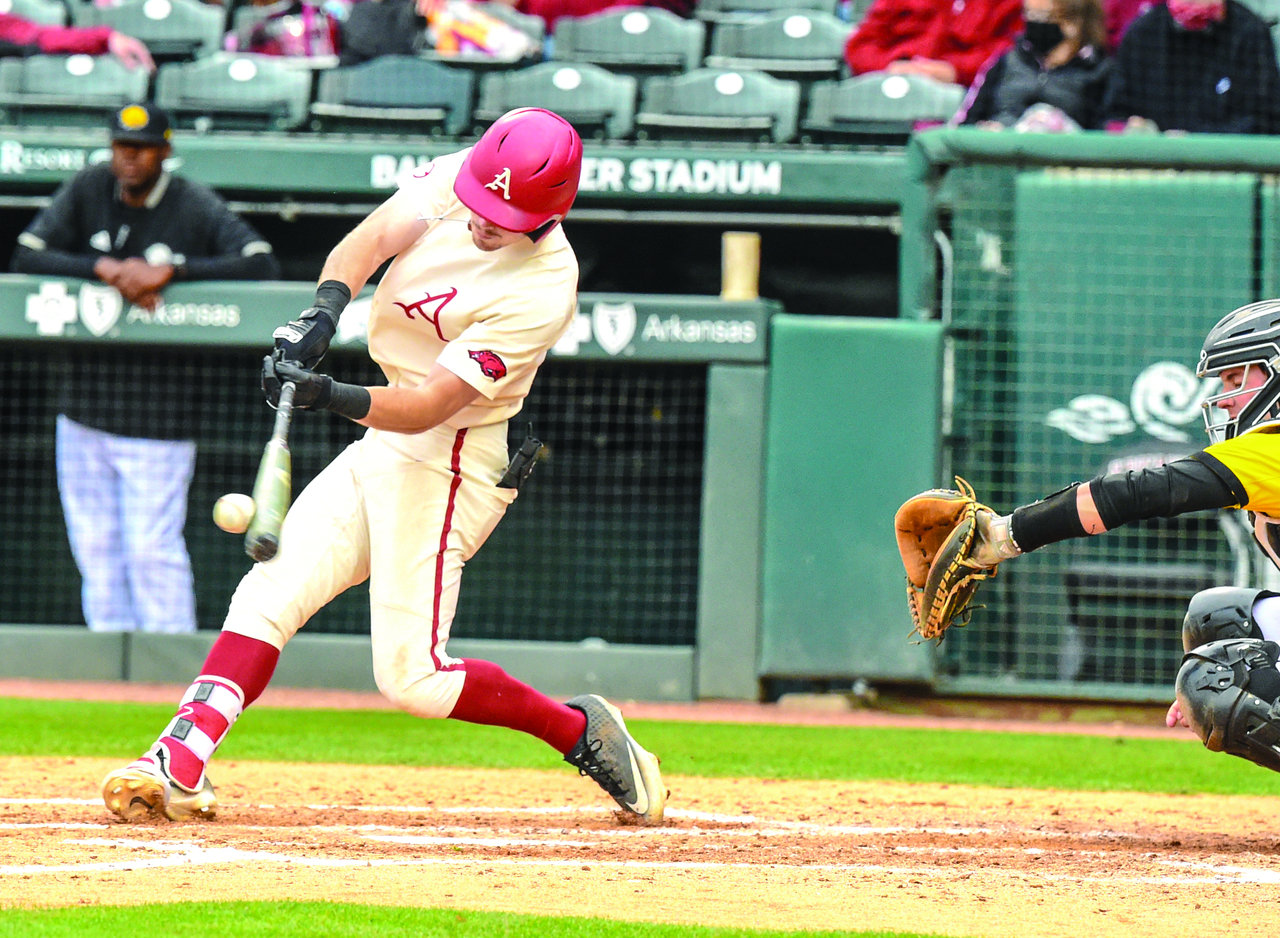 Razorback slugger Matt Goodheart was named the Collegiate Baseball Newspaper National Player of the Week on Monday after powering Arkansas to a sweep of UA Pine Bluff as well as an SEC series win against Texas A&M.

Goodheart went 10-for-17 at the plate, slashing .588/.682/1.529, belting five home runs and driving in 10 runs in four games for the week. He had multiple hits in all four games, collecting at least one RBI in each, including multi-RBI efforts against UAPB and in the finale against Texas A&M.

His five-homer week featured a home run, including two against UAPB, in four consecutive games, which was the second time he has accomplished the feat this season. Goodheart is the first Hog to earn a national weekly award since Robert Moore took home Perfect Game National Player of the Week honors (Feb. 25) last year.

Cayden Wallace, meanwhile, secured the conference’s top freshman honor for the second week in a row. The Greenbrier, Ark., native was named the SEC Co-Freshman of the Week after a 7-for-19 (.368/.409/.474) week at the plate, recording a hit in all four games he played in.

He had two multi-hit efforts against conference foe Texas A&M, matching his season high of three base knocks in game one of Saturday’s doubleheader. Wallace drove in a run in three of his four games, including two in both the first and last game of the series against Texas A&M.

The freshman’s fielder’s choice in the 10th inning of game two on Saturday resulted in a throwing error that scored the walk-off, game-winning run.

Goodheart, Wallace and the Razorbacks conclude their six-game homestand Tuesday evening at Baum-Walker Stadium. The action gets underway against Grambling State at 5 p.m. on SEC Network+.