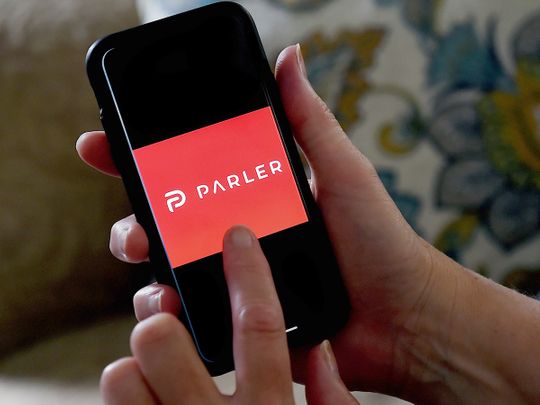 MYRTLE BEACH, S.C. — Google has removed Parler from its app store, the latest restriction on President Trump’s access to social media after he called for his followers to march to the U.S. Capitol Wednesday, where an angry mob broke into the building and sent lawmakers into hiding.

The self-described “free speech social media” platform has drawn many of President Trump’s supporters and far-right wing social media users with its hands-off approach to content after Twitter, Facebook and YouTube began cracking down on his false statements of widespread voter fraud.

“In order to protect user safety on Google Play, our longstanding policies require that apps displaying user-generated content have moderation policies and enforcement that removes egregious content like posts that incite violence. All developers agree to these terms and we have reminded Parler of this clear policy in recent months. We’re aware of continued posting in the Parler app that seeks to incite ongoing violence in the US. We recognize that there can be reasonable debate about content policies and that it can be difficult for apps to immediately remove all violative content, but for us to distribute an app through Google Play, we do require that apps implement robust moderation for egregious content. In light of this ongoing and urgent public safety threat, we are suspending the app’s listings from the Play Store until it addresses these issues.“ – a Google spokesperson

Apple also warned Parler that it had 24 hours to implement moderation policies or else it would be removed from the Apple App Store, according to a report from Reuters.

Apple said the service was used to plan violence in Washington, D.C., Wednesday during the certification of the Electoral Votes, which lead to the decision.

Twitter said it made a decision after a review of recent tweets from President Donald Trump and the context around them.

“Specifically how they are being received and interpreted on and off Twitter,” Twitter said in a statement.

US consumer credit up 4.4% in November, best in 5 months